Do you remember what you did on your 18th birthday?   On mine I was prepping for my test to get my Texas driver's license and preparing for my last month of high school.

So what did Malala Yousafzai do on her 18th birthday which was yesterday?   She was in Lebanon opening a school for Syrian refugee girls living there in the Bekaa Valley on Lebanon's eastern border with Syria.

Because of the ongoing fighting in Syria, 4 million people have fled to neighboring countries to escape the conflict.   Lebanon is home to 1.2 million of them, with around 500,000 school age children among them, but only a fifth of them are in formal education.

"I decided to be in Lebanon because I believe that the voices of the Syrian refugees need to be heard and they have been ignored for so long," Malala told Reuters in a schoolroom decorated with drawings of butterflies. 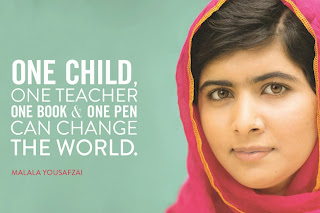 Hard to believe that it was in 2012 when a Taliban gunman boarded a school bus Yousafzai was traveling on in her native Pakistan and shot her for advocating in a clandestine blog the rights of girls to have an education.    She became the youngest person ever awarded the Nobel Peace Prize in 2014.

After surviving the attack, she has moved to England with her family and become a powerful international advocate for children's education.

The school that was opened in Lebanon was paid for by the Malala Fund, a non-profit organization that invests in local education projects, and can accommodate up to 200 girls ages 14-18. 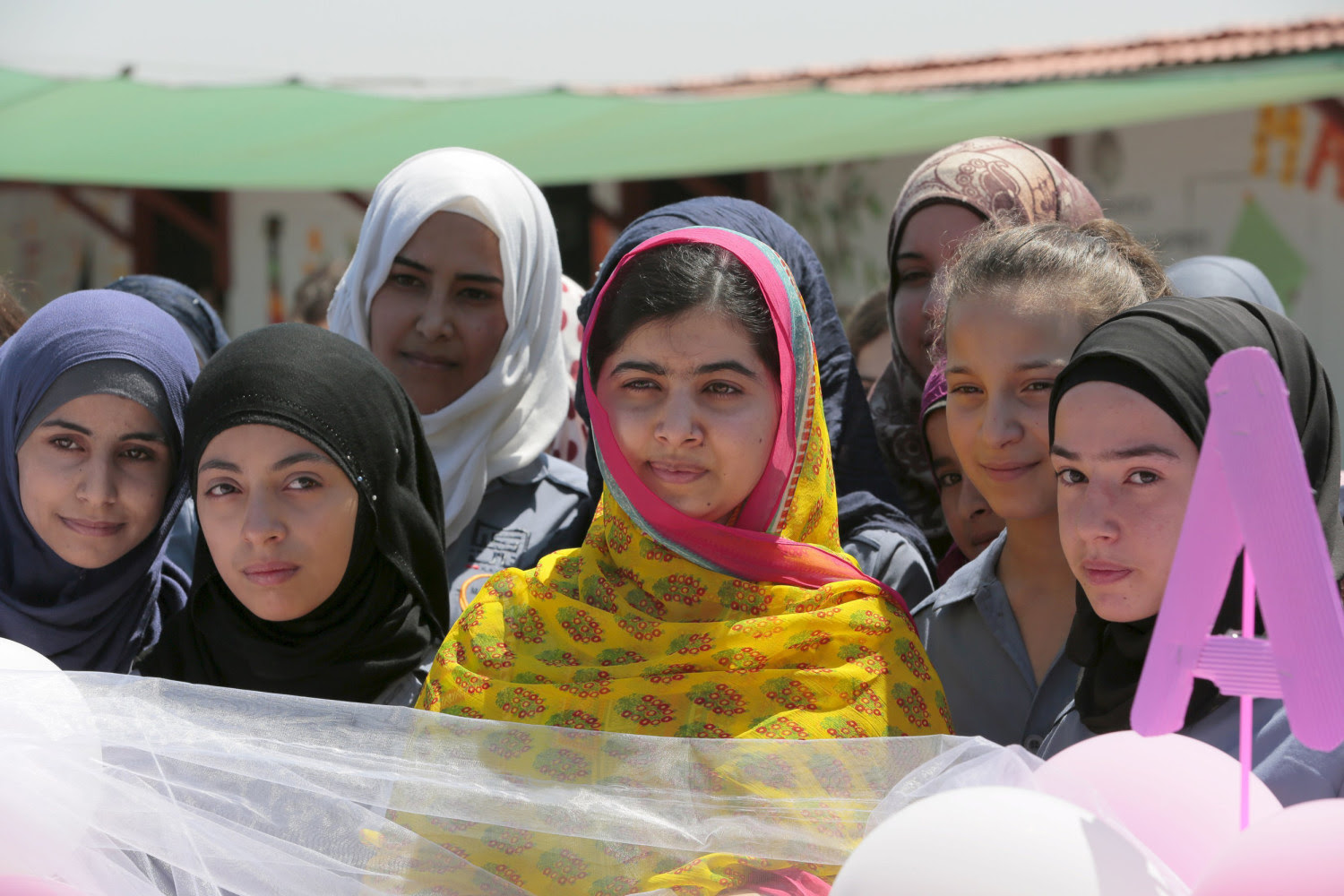 "Today on my first day as an adult, on behalf of the world's children, I demand of leaders we must invest in books instead of bullets," Malala said in a speech.

Would be nice if they did so Malala, especially in my own country.

Happy 18th birthday, Malala.   May you celebrate many more of them in your so far amazing life.
Posted by Monica Roberts at 7:00 AM