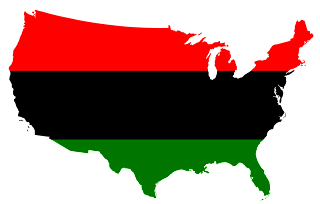 I said this before more than a few times in various ways on this blog, but it bears repeating especially on King Day.

Last night I had a long thought provoking conversation with a friend who is the mother of a beautiful African American transwoman. 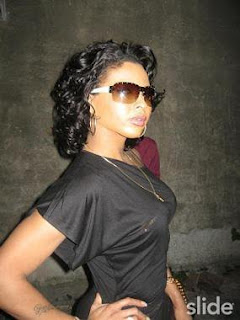 See, and y'all thought nobody besides Moni was paying attention and complaining about it.  You better recognize.

But back to the post since this one is primarily aimed at my African-American brothers and sisters.

I, your African descended trans brothers and trans sisters, and the people who love and care about us are sick and tired of being sick and tired of the animus, the extreme violence, disrespect, ignorance and disdain aimed at us.

It needs to end in our community ASAP.

I'm disgusted with the ignorant, buffoonish and scientifically illiterate comments on Blackosphere gossip wastelands such as Bossip, Media Take Out, Sandra Rose and elsewhere in mainstream media outlets as well every time the subject of African American transpeople comes up.

I'm tired of megachurch ministers pimping hate and disinformation of us to keep clocking those faith based bucks or politicians doing so to amass 'more conservafool than thou' street credibility as they suck up to right wingers and build their personal political power to our detriment.  .

I'm also tired of those same Black ministers and politicians who are acting as drum majors for injustice as they have a hand in delaying or impeding trans people from getting civil rights coverage we desperately need or lead the charge against us simply getting decent treatment as human beings.

I'm tired of media peeps such as Oprah who can put every color of transperson on their shows when it involves painting transpeople in a positive light except an African American one.

I'm tired of popular culture that paints us with the same 'unwoman' brush as it does our African American cis sisters and our community being silent about it.

I'm also tired of our community aiming 'that's a man' shade at African-American women who don't fit their notions of what a woman is supposed to be, look or act like out of spiteful hatred of her or other specious reasons.

I'm fed up with the po-po's disrespecting us and violating our civil rights, and sometimes the worst offenders being African American cops.


I'm going to keep repeating it until y'all get sick of me saying it, and then you'll still be hearing me say it in your sleep.

African American transpeople are part of the diverse mosaic of human life.    We share the same blood ties to the African continent and our history that you cis African-Americans do.

We are proud of our heritage, are spiritual people and want to contribute our talents to building our community.

It is past time that every Black American  and every African descended person across the Diaspora realizes that.


This is a message that needs to sink in today and beyond King Day.  If you claim to love all Black people, then by extension that means Black transpeople are included in that definition as well.