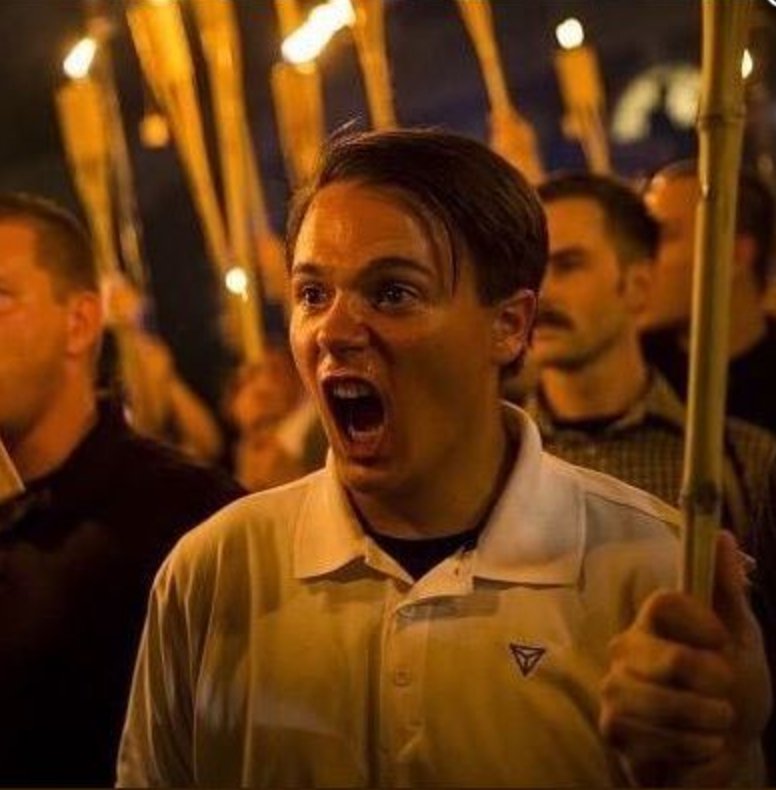 As I arose from my busy Saturday at Netroots Nation, the word started circulating here about the white supremacist rally going on in Charlottesville, VA and the tiki torch carrying fools that has now resulted in the deaths of three people.

And this fool in the picture, Peter Cvjetanovic now upset because his picture will forever consume his destiny as one of the angry racists who gathered on this less than proud day in American history

Hey homes, that's why your Klancestors wore hoods.  That way they couldn't be identified when they did their racist crap.   I'm glad y'all are arrogant enough to reveal yourselves so we know who our enemy is.

But I'm not as concerned about these tiki torch carrying Nazis than I am about the white supremacists who have the power to write legislation that perpetuates the problems that white supremacy causes. 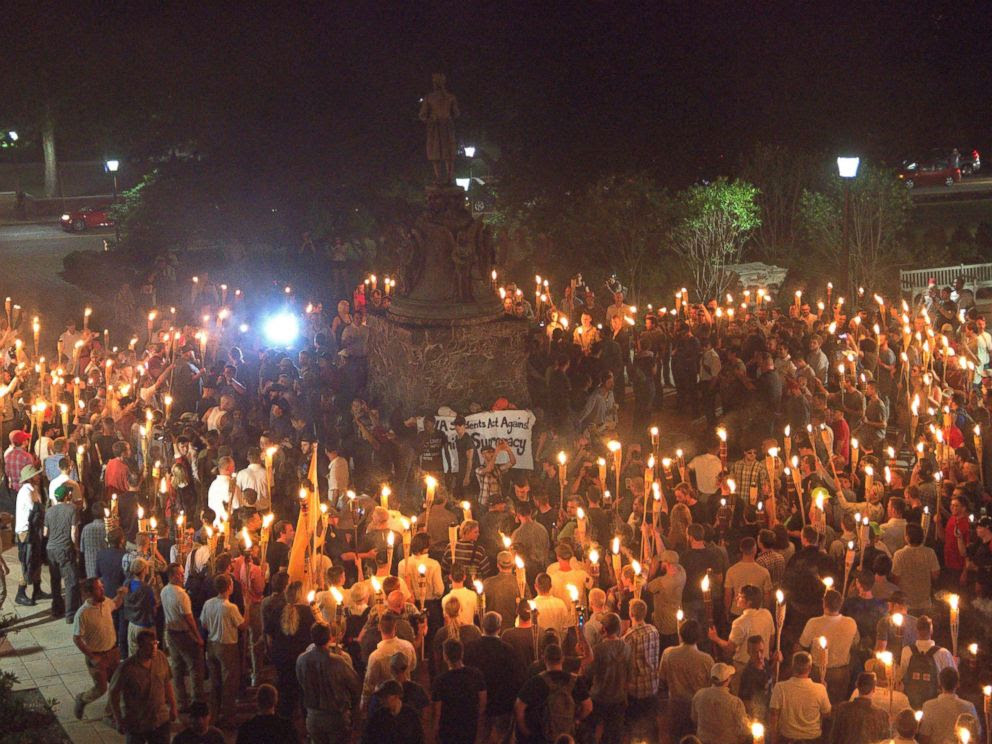 I'm also concerned about the people who through their silence and inaction, condone the behavior of the white supremacists in their midsts, and it's past time for you good white people to prove it through action and come get your racist cousins.

But as shameful as these Nazis and Klansmen rallying was, what was even more disgusting was Trump's morally bankrupt reaction to it.

No Dolt 45, it isn't 'both sides', it was only one side bringing the violence, and it was the white supremacist one who endorsed your campaign and as David Duke reminded us, put you in office.

It is your racist campaign that led to what happened in Charlottesville and emboldened the racist cockroaches to come scurrying out into the light.   Your cowardly silence will only encourage more racist acts by them, not end it. and I have zero confidence in your misadministration's willingness to confront them.