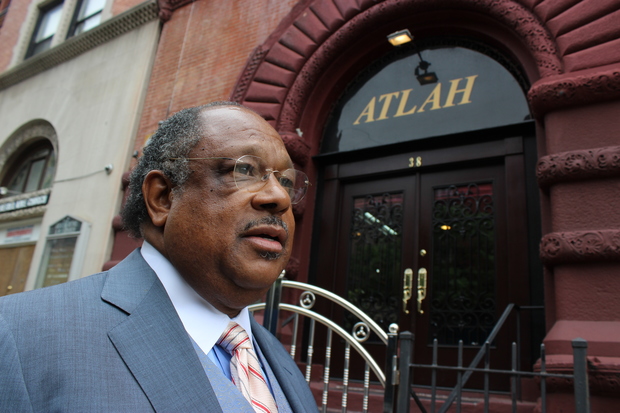 In some news out of New York that will get your weekend off to a great start, the Harlem based ATLAH World Church of hate pastor James David Manning has been ordered by a New York state judge to go up for public auction because of unpaid debts totaling  $1.02 million.

According to DNAInfo, the public foreclosure auction will be taking place on February 24, for those of you in the New York area wanting to gleefully celebrate the occasion..

The frequent Shut Up Fool Award nominee has let loose with SUF award worthy commentary over the years by claiming that Starbucks laces its lattes with 'sodomite semen', and let fly the comment that Justin Bieber is a 'transgender man' among the other hate gems he has unleashed on his YouTube channel

Couldn't happen to a nicer christobigot.   I would love to see the karmic justice of someone buying that hate church and turning it into an LGBT center.

But have February 24 circled on my calendar to see what happens.