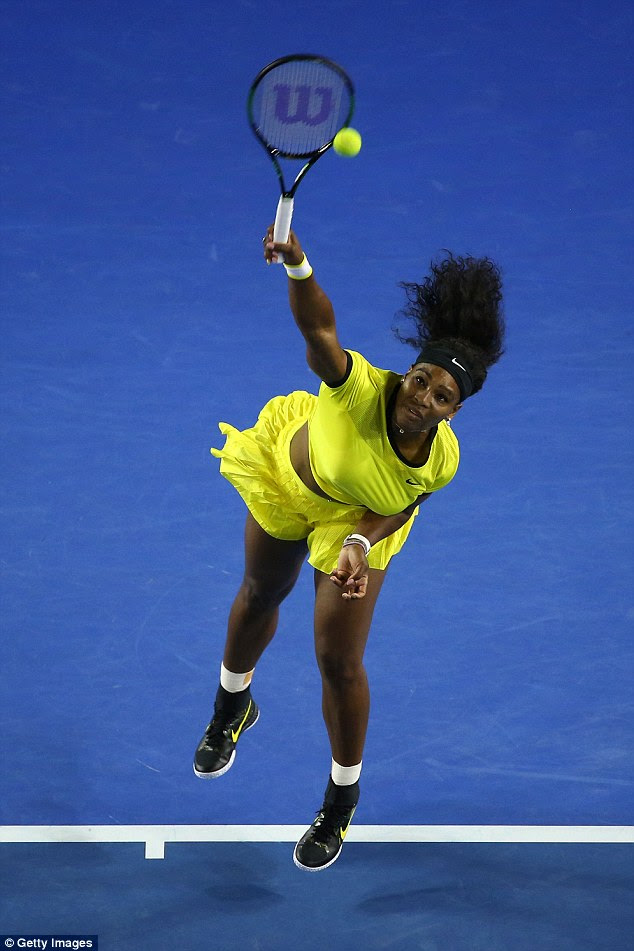 The Australian Open women's title was on the line, and I was up at 2 AM Houston time to watch the action from Down Under and see if Serena Williams would capture her seventh title, take home another Daphne Akhurst Memorial Cup and win her 22nd Grand Slam title to tie Steffi Graf for second on the women's all time Grand Slam tournament win list.

Fittingly her opponent was 28 year old lefty Angelique Kerber of Germany, who grew up idolizing Graf and does have a recent win against Serena

But this is a Grand Slam final, and Serena is usually on her A+ game for those.  But she wasn't today, and was upset by Kerber 4-6, 6-3. 4-6 to capture her first major Grand Slam title

Meanwhile Serena is still not only the world's number one ranked player even with the loss, she's sitting on 21 major title wins.

Oh well, the French Open is in May.   We'll see what happens there..