We in the international trans community are just wrapping up the many TDOR events we held for 2009, and as Leona Lo reports courtesy of The Guardian, there's already been a transwoman death to possibly kick off our 2010 list.

32 year old Brenda Paes was found dead November 20 in her apartment that she shared with her friend Natalie after a mysterious fire.

But this one has the earmarks of a murder, since her roommate Natalie is one of the people involved in a widening political scandal that eventually forced the October 27 resignation of prominent Italian center-left politician Piero Marrazzo.

The scandal started with four members of the Carabinieri, the Italian paramilitary police force offering for sale to the press a video shot August 2 of a sexual tryst involving the former governor of the Lazio region, which surrounds Rome.

Investigators then discovered a longer video allegedly showing Marrazzo in the company of two transsexual sex workers. Brenda admitted to local magistrates investigating the unfolding drama on November 2 that she recorded the images on her mobile phone.

Brenda was found lying naked on the floor in her bedroom loft next to some packed suitcases. She apparently died of asphyxia after a fire started in a bag of old clothes next to the door.

Arousing particular suspicion in what police described as a complex crime scene was the presence of Brenda’s laptop computer partially covered by water in the sink.

One of the people who also shares the hypothesis that Brenda was murdered is none other than Italy's first trans MP, Vladimir Luxuria. 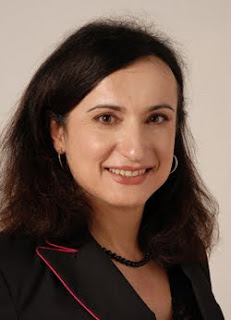 “I immediately thought it was murder. It made me really angry when I heard them talking about suicide,” Ms. Luxuria said. “The person who ordered it is a powerful individual who feared meeting the same fate as Marrazzo. This is a Mafia-style murder and it sends the message: don’t talk.”

Ms. Luxuria said Brenda was a vulnerable person whose photo and address had been published in the press and who had received no protection despite being a witness in a sensitive political scandal.

“Brenda had her mobile phone stolen two weeks ago. No one seems to have asked whether the phone had value as an object or because of the information stored in its memory,” Ms. Luxuria said. The former MP says she knows at least 10 of her political colleagues who availed themselves of the sexual services of transsexuals.

“The person behind this could just be a single individual, but someone in a very high position. I hope this doesn’t end up as yet another Italian political mystery.”

She and others, including Piero Mazzarro's lawyer are calling for Brenda's roommate Natalie to be put under immediate police protection in the wake of Brenda's death.

But sadly, thanks to an unfolding political scandal, Brenda Paes may have also just become the first name we read at the 2010 TDOR ceremonies.
Posted by Monica Roberts at 5:11 PM