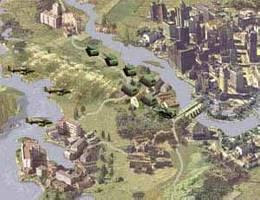 A grognard is a wargaming enthusiast, and one of the things post transition that I still like to do from time to time is play wargames.

What's a wargame? Well, the oldest one is chess. Wargaming is basically playing chess, but instead of moving knights, pawns, bishops and rooks around a square board, you're moving armored and ground units across a mapboard.

While the games I play these days are predominately computer ones, I originally got into playing wargames back in my teens as an outgrowth of my love of history.

I started playing World War II games, and since the Cold War was still raging then I gradually shifted my interests into playing more modern era games. I eventually bought Avalon Hill's The Arab-Israeli Wars and started gravitating to SPI games to accommodate my expanding desires in playing out the modern history and all its what-if's in those games.

Back in the 70's wargaming was a fast growing and booming hobby and business, and one of the popular publishers of the games besides Avalon Hill was the James Dunnigan founded Simulations Publications Inc. or SPI for short.

SPI's titles were mainly modern warfare games, and one of my SPI favorites I bought was a game called The Next War.

The Next War simulated the clash between the Soviet-led Warsaw Pact vs NATO. The game was released in 1977, which was a period in which the Warsaw Pact not only had the numbers, but a rough parity with NATO as well.

I bought my copy in the mid 80's, and since I would frequently get stuck playing as the Warsaw Pact, I bought a book called Russian Military Power.

I also started buying a US government publication being put out called Soviet Military Power in 1985 to better understand Soviet military doctrine, organize my units and think tactically like a Warsaw Pact general when playing with those units. I eventually purchased the 1983 and 1984 issues from the local US Government bookstore downtown and kept up with each subsequent release of it until 1990. 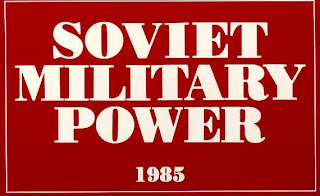 It paid off in spectacular fashion one day. I was playing a guy who I surprised by committing 2/3 of my air units and launching massive air attacks against the central German SAM belts and key SAM sites, various frontline NATO units and key air bases.

We were playing a Next War game scenario in which the attack was timed to coincide with the annual Warsaw Pact spring maneuvers, which meant I had double the forces available at the start. As a concession to him I agreed to play without using nukes and chemical weapons otherwise my initial assault would have been even more devastating.

In addition to taking minimal losses in the airstrikes, I got lucky and got the dice roll that kept him from getting REFORGER reinforcement units from the US, dropped Soviet paratroop divisions into Denmark, Austria and Holland and got the rolls that took those countries out of the fight.

Then after launching the ground assault across Northern and Central West Germany I piled eight Soviet and two East German divisions in the Fulda Gap area, moved the artillery units in place and blew a hole through his combined US-West German force that allowed me to take the Frankfurt-am-Main area and capture the REFORGER bases as well while my Soviet blitzkrieg was rolling into Holland, Denmark and Belgium. I was also rolling a Warsaw Pact force made up of Czech, Hungarian, and Russian units through Austria to link up with the paratroopers, move into southern Bavaria and prep for an attack on northern Italy. 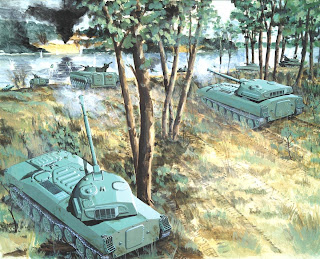 Eight turns later I was the master of Western Europe and my opponent was pissed. It was the first time he'd played against an African-American opponent and I believe the reason for his pissivity was that he realized he'd made the fatal mistake of underestimating my intelligence and skill level in addition to the overwhelming nature of the victory I achieved.

The next time we played I wasn't so lucky. He corrected his deployment mistakes I'd taken advantage of the previous time we played, I got the adverse dice rolls that took some of my Warsaw Pact satellite nations out of the game and he ended up reunifying Germany and eastern Europe on his terms.

I got into some modern naval wargames that Victory Games put out as well entitled 2nd Fleet, 3rd Fleet, 5th Fleet and 7th Fleet, the titles of these game coincided with the names of the US Navy Fleets tasked for coverage in various areas of the globe and which the combat took place.

2nd Fleet covered the North Atlantic, Third Fleet the Aleutian Islands/North Pacific, Fifth Fleet the Middle East/Indian Ocean, and Seventh Fleet the Far East. They also put out one called Sixth Fleet, but I could never find it in the shop I bought my games from.

I enjoyed playing them, but as my airline career advanced, I started traveling and then dealt with my gender transition I began having less time available in my life to play those games. Wargames have hundreds of units to tediously set up even before you make your first combat moves on the board and take up space and time.

The home computer explosion eliminated that time and space problem. You could play and save the game until you had time in your schedule to pick up where you left off playing it.

One of my fave computer wargames I own is called People's General, which simulates a postulated future war between US and Chinese forces in which China has conquered Asia and the US/UN force has to take it back. You can also play as the Chinese and conquer Asia, or a third scenario in which Vietnam decides to conquer the Asian landmass as well. 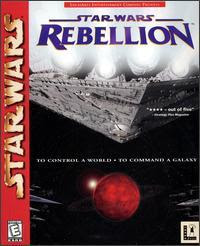 My favorite computer wargame I own is Star Wars Rebellion. I'm a Star Wars fanatic and when the game came out in the late 90's I jumped at the chance to play it. It's set in the time period after the destruction of the first Death Star at the battle of Yavin and before the events of the Empire Strikes Back movie.

In it you play as either the Rebel Alliance or the Empire. You have to build infrastructure to support your war machine, recruit characters and initiate R&D efforts to get better weapons while simultaneously conquering the entire 100 planet Star Wars galaxy through a combination of diplomacy and military muscle. You also have to find the hidden Rebel headquarters and destroy it in addition to capturing Mon Mothma and Luke Skywalker to win the game if you're the Empire.

If you're the Rebels, your task in addition to conquering the galaxy is to seize the Imperial capital planet of Coruscant and capture Darth Vader and Emperor Palpatine. 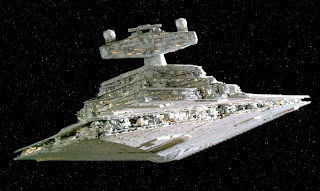 I frequently find myself playing as the Empire and name all my Imperial Star Destroyers after right-wing pundits, Republican presidents, vice presidents and Republican congressmembers. ;)

The interesting wrinkle in Star Wars Rebellion is that unlike most wargames, it's not a turn based one in which you move, then your opponent moves. The clock is ticking and things are happening as you're making all these grand strategic moves

One unexpected benefit I received from playing wargames was learning how to think in broad strategic terms, rapidly come up with solutions to problems when the initial strategy failed, quickly reacting to and successfully resolving problems and learning how and when to make decisive moves at the proper time.

Catching up on back posts...

I played a lot of wargames too - I'd play anything that had counters. :)

And, also, I transitioned to computer games - I mainly stick to science fiction and fantasy over historical, but I do love historical too.

At the time SW Rebellion came out, I really really wanted a turn-based 4x game, and that wasn't it. I probably judged it more harshly than it deserved. I wish I knew where my copy was now.