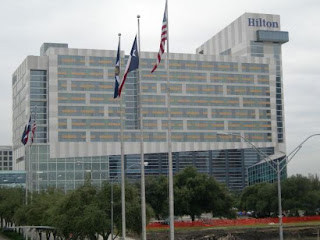 As I noted in a TransGriot blog post, it's my Houston homeboys' and homegirls' turn to protest an HRC dinner.

The HRC Dinner is being held at the convention center hotel across the street from the George R. Brown Convention Center on April 12. The protest is being coordinated by the distinguished stateswoman of the Houston transgender community Phyllis Frye and veteran leaders Vanessa Edwards Foster and Josephine Tittsworth.

But it seems as though HRC has a problem with the Houston transgender community exercising their First Amendment rights. The National HRC office called the Houston Police Department in an attempt to shut down the protest.

Phyllis just concluded a meeting with the HPD, and this is a just released statement courtesy of Phyllis' Phyllabuster e-mail newsletter:

It seems that in response to my national Phyllabuster about our protest, ...... GET THIS ...... the National HRC called the Houston Police.

HPD and I had a very nice meeting. I do not foresee any problems. HPD was so courteous that I was given a "Demonstration Guide" that they published in 2003 to assist citizens in expressing their 1st Amendment rights will not violating any laws. I told HPD that I would scan it and attach to my list. It is attached herein as good general information.

During the chat with HPD, I was also informed that HRC has also instructed the hotel security to ask us to leave if we attempt to pass out any written information or ask folks to wear our stickers.

I always thought that HRC was big on education and discussion. 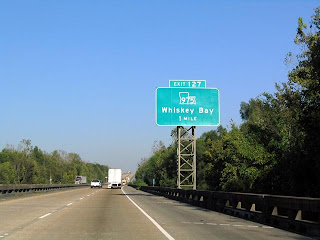 Yeah, the Homosexual Rights Corporation is a friend of the transgender community. If you still believe that fairy tale, I have some waterfront property along I-10 in the Atchafalaya Swamp between Breaux Bridge and Baton Rouge I'd like to sell you.

The series of HRC dinner protests initiated by the transgender community not long after our ENDA betrayal in October 2007 has been conservatively estimated to have cost HRC $1 million dollars in lost donation revenue.

So I understand why they wanted to sic HPD on the trannies. That rent is expensive on that headquarters building in DC, isn't it?

So if you're in or are reasonably close to the Houston area and want to make your voice heard, the H-town transgender community would love to have you there. The fun will start at around 4:30 CDT. Just head to the corner of Polk Street and Avenida de las Americas. You'll see Phyllis', Vanessa's and Josephine's smiling faces there.

Crossposted from The Bilerico Project
Posted by Monica Roberts at 7:13 AM

To quote a late mutual friend of ours, "I'm not surprised."

However, HRC has, if anything, become far more evil since last fall. Lying baldfaced in front of 1000 T people is one thing. Threatening to sic the Houston Police on nonviolent, law-abiding transgender protesters is
quite another crass, cruel, foul, dirty, evil thing.

May HRC rot in hell, and burn in a lake of fire!

By the way, I checked on tix to Houston for tomorrow. Forget it. The AA shutdown and ASA and Frontier bankruptcy have made seats impossible. So, for now, best we can do is send all good luck and skill to our friends in H town.