It's Houston's Turn To Protest An HRC Dinner 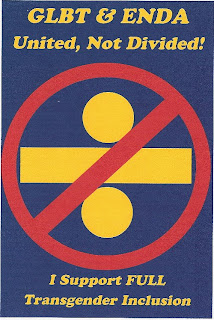 The Houston HRC dinner will be held on Saturday, April 12 at the George R. Brown Convention Center in downtown Houston, and like other HRC dinners elsewhere in the country they will have company.

The transgender community continues its series of protests of HRC dinners that night. According to some sources attendance has taken major hits at the HRC dinners previously held in other locales. The protests are estimated to have cost HRC $1 million in donation income.

The Houston protest is being coordinated by Phyllis Frye, Josephine Tittsworth and Vanessa Edwards-Foster and they plan to be there for several hours.

If you wish to participate meet these ladies at the corner of Polk Street and Avenue de las Americas sometime around 4:30 CDT. They'll put you in the best position to stand up for your rights.