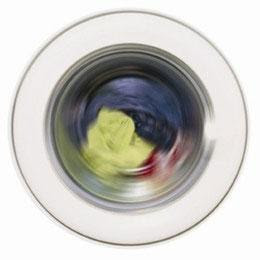 In the wake of the Houston HRC dinner protest HRC has been furiously trying to spin (translation: lie) its way out of a problem that they caused.

Their latest spin line is that this was a 'conspiracy theory'

Yeah, right. I'm supposed to disbelieve ten years of evidence, history and personal experience that tell me the Homosexual Rights Campaign is a bunch of morally bankrupt liars, but transgender people are 'conspiracy theorists' according to the words of an unnamed HRC staffer?

Personally, I don't believe in conspiracy theories and don't peddle them. I'm a 'just the facts' girl who is blessed with an encyclopedic knowledge of history.

Being a minority also gives me some insight on some things as well. That combination of experiences, history and knowledge of previous Forces of Oppression hijinks tells me not to cavalierly dismiss someone who expresses concerns that may seem outlandish at first, but upon further review are later proven right.

When Rep. Maxine Waters was vilified by the Right for saying that the Feds were facilitating the flooding of Los Angeles and other large urban cities with crack cocaine and using the profits to fund the Nicaraguan contras, she was derisively called 'Mad Maxine' until a scandal called Iran-Contra broke out and Pulitzer prize winning investigative reporter Gary Webb verified the story.

When Marti Abernathey, NTAC, I and others revealed what we discovered during our May 2007 lobby day that we weren't covered in ENDA, we were called 'crazy' and liars' until October. 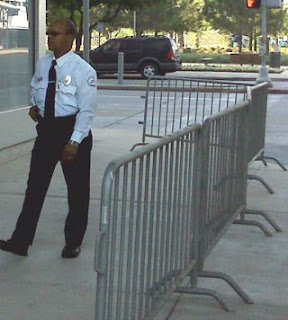 So when I post that a Houston dinner protest is coming, read my Phyllabuster and see that she has a meeting with HPD, I have to ask the questions why were the Po-Po's called in the first place, what did national HRC say during that initial phone call to make HPD call Phyllis Frye and resulted in the massive show of police force (and waste of Houston taxpayer dollars) Saturday for a protest that turned out 11 transgender people?


I also know that the HRC modus operandi over the last decade has been to find more pliant transgender leaders, subvert organizations that don't have a master-slave subservient view of our now severely strained relationship or acquiesce to the gays first-trannies someday 'incremental progress' strategy they espouse concerning LGBT civil rights. 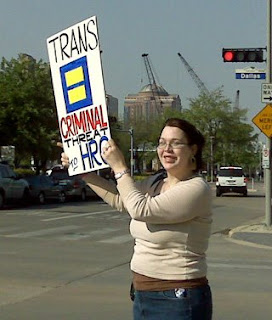 The transgender community resumed picketing these dinners in October 2007 and I wouldn't be surprised if more creative anti-HRC demonstrations are in the planning stages. Transpeople are that angry over the betrayal. We are beyond sick and tired of being sick and tired about being tossed aside like an empty beer can, disrespectfully being told to 'wait our turn' or being used as legislative bargaining chips.

This time, the efforts of HRC apologists and Vichy transgender organizations will not stop this campaign. The only thing that will end it is HRC making a public apology for lying to us at our signature convention about our inclusion in ENDA, and busting their asses in 2009 and beyond in conjunction with United ENDA to make it happen.

When future historians finally tackle the subject of the GLBT rights movement, it will note the appalling actions of a so-called civil rights organization directed at an allied group which needed the civil rights protections worse than they did. They will probably comment that HRC was more concerned with their own selfish interests than passing broad legislation that covered the entire GLBT community.
Posted by Monica Roberts at 3:12 PM

Nothing pisses me off more about the T community's so-called leadership (there really isn't any), than the pooh-poohing that goes on when HRC pulls one of it's regularly scheduled calumnies, and those of us who've been dealing for a decade or more with the lying evil that is HRC, have our eyewitness accounts disputed and are accused of being liars, because our accounts differ from theirs. HRC cannot be believed, ever, by the T community.

Yes, HRC called out the cops en masse against 11 protesters. I believe Phyllis without doubt. They did it. Deal with it. Fight back!

I know what we heard on the Hill last year - I was there. But this community doesn't want to react to early warnings. It's easier to just say that "oh, they're crazy." Who looks crazy now? Those who said we were crazy last year. Bleep them and the whores they've become.

The HRC situation is poisonous. It will escalate. It has to. We cannot win without forcing HRC to accept T inclusion unequivocably, by showing them that they cannot win without us. In the present situation, they will make sure we are not included in 2009. I'm waiting for reports on the presently-happening lobby days, but I bet friendly Congressional offices have been so thoroughly HRC backlobbied/prelobbied, the lobbyists will not get past the lowest intern on staff, if past the receptionist at all. CBC members need to be reminded that civil rights laws are most effective when everyone is protected. If we back off from protesting and fighting every HRC lie, we are finished, politically, if we are not already.

The next step is to disrupt their dinners. Prevent them from being held. Pressure hotels to not host HRC functions with the threat of protests, and the requisite high security costs. Pressure corporate sponsors to drop their HRC sponsorships. Get temporary agency personnel to not work HRC dinners. Have local organizations hold dinners the same night in the same city, in order to cut attendance at the HRC dinner, as well as make sure less of the local money leaves town. And funnel information on these dinners to the Religious Right to have them proxy protest for us - I am surprised that Reichers don't protest these dinners already. (remember, the enemy of your enemy is your friend)
11 trannies cannot match 100 megachurch parishoners.

HRC just upped the ante on the T community by a factor of 10. Deploying such excessive security sends a statement: back off or we will bust you. We have to raise the ante in turn. Not violently - violence is never justifiable - but hit them where it really hurts - financially.

To paraphase an old bumper sticker,
nice transpeople not only don't make history, they don't get civil rights protection either.

Polar , Monica you inspire and tell it like it IS and we have a plan. You describe it. Without on the streets activism and protest and acting up in the face of the HRC - nothing is gonna change.

*The HRC is a bully, a toxic bully that poisoned the waters of those they blantantly lie and say they are there to protect. They damaged gravely the tenious balance of unity we had.

I cannot ever forgive them for this. They duped too many, for too long with every intention of doing so into the future sessions in 09. Its so totally elitest. IT is no LIBERATION GROUP. They lobby, make millions -

I think we need to demand Joe Solomese Resignation. Perhaps others.

Anyhow i plan to picket the next opportunity i get , and do all i can to expose the elitism,lies , and treachery of the HRC. They have wounded us greatly, set us back and I WILL ACT UP ! Silence =death.

ProudProgressive, I thank you for reading and hearing me out, and I know Monica feels the same.

However, asking for Solmonese's resignation won't do any good. With HRC, it is the culture of the political activist (501c4) side of the organization. HRC is many organizations in one, under Sect. 501 of the tax code. Solmonese is a puppet. David Smith has long been the puppetteer behind the scenes. And the Federal Club exists to funnel money into the 501cs that are used to do political lobbying and provide money to candidates, so members of the Federal Club, mainly rich gay men who consider bi's meaningless and trans abhorrent, force the direction.

Solmonese lies, yes. But his hand was forced. His job is to lie, it is what he was hired to do. You must get rid of those who forced the hand. Shooting the puppet does no good. You have to disable or remove the puppetteers.