Pumping Up-Beauty To Die For 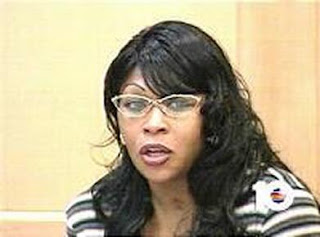 One thing that has concerned me over the last few years is silicone pumping parties and the rising number of deaths that have been occurring in various parts of the country as a result of them.

It's not a new phenomenon to me, but I recall being introduced to a young transwoman at a Transgender Initiative meeting a year after I arrived in Louisville. The first question she asked me after the introductions and noting my prominent cheekbones and C-cup breasts was, "Did you get pumped?"

Some of my young sistahs that wish to transition either don't have the funds or don't want to give hormone replacement therapy the time required to make them look 'fishy'. In order to achieve that feminine look they will have (they hope) medical grade silicone injected into their lips, buttocks, cheeks and breasts in order to enlarge them and give them that feminine appearance.

Pumping is also popular among the pageant girls seeking a quick and inexpensive way to enlarge their breasts, hips, and cheeks without resorting to surgery. An underground network of unlicensed providers has sprung up in various parts of the country to provide those services at 'pumping parties'. At these parties groups of people gather at a central location to get injected or share at prices ranging from $250 to $1000 a shot.

But as the 2003 Vera Lawrence case pointed out, it's not just transgender women who are doing it. Genetic women are also going to pumping parties to enhance their looks. But that desire can have fatal consequences. 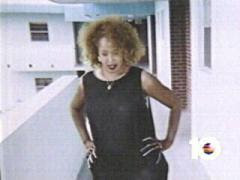 Vera Lawrence died after having 12,000 cc of industrial grade silicone injected into each of her buttocks at a Miami area pump party. The case garnered media attention because the person accused of administering the fatal injections was transgender. In July 2003 Mark Hawkins was sentenced to 30 years and Viva Hendrix to 5 years for their roles in Ms. Lawrence's death, but Hawkins' conviction was overturned.

The FDA has never approved the marketing of injectable liquid silicone for any cosmetic purpose, including the treatment of facial defects or wrinkles, or enlarging the breasts. Besides the risk of death, the adverse effects of liquid silicone injections have included movement of the silicone to other parts of the body, inflammation and discoloration of surrounding tissues, and the formation of granulomas (nodules of granulated, inflamed tissue).

One of the other risks from pumping is the possibility of acquiring HIV. If one of the participants is infected and shares a needle with another person, then that infected person will spread the virus with everyone who shared a silicone shot with her.

I'm not a fan of pumping parties. My advice is to use hormones to get the desired look. It took your mothers, aunts and sisters about 10 years to get their curves, breasts and hips, so why rush the process? I do understand the overwhelming desire to look as realistic as possible, but long-term health problems or death as a result of a short term desire to look 'fish' is a losing proposition.

But to all the transwomen (and genetic ones) reading this, if you insist on doing so after all the warnings that myself and medical professionals have given about the dangers of loose silicone roaming through your body, then that's on you.

I want to look my best, too. Using loose silicone to accomplish that isn't part of my game plan and never will be. Beauty is not worth dying over.

Posted by Monica Roberts at 3:05 PM