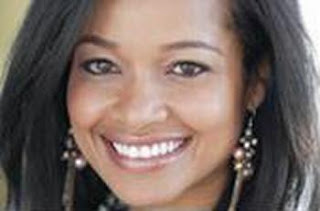 As you probably guessed, I have some thoughts about the Miss USA controversy and they are rooted in what happened to Vanessa L. Williams.

I realize this is The Donald's pageant. As the owner of it he can make whatever decision he chooses to make concerning the status of Tara Conner. But I still have to wonder what would have happened if it was Tamiko Nash running buck wild in New York. Based on what happened to Vanessa Williams, my highly skeptical answer would have been no.

Let's flip da script for a moment. Let's assume that Tamiko Nash is wearing the MIss USA crown instead of Tara Conner. If Tamiko Nash had been hanging out with gangsta rappers, caught drinking while underage, running around with various Manhattan playa-playas and was headed to rehab for an alleged coke addiction, I have to question whether US public opinion or the media would have allowed a sistah to screw up on that massive scale with little or no media attention when there was a Caucasian first runner-up available to replace her.

Now let's take our alternate history scenario further and assume that The Donald did cut his wayward African-American queen some slack and offered her the same deal that he gave Tara Conner. I can see the right wingers screaming on Faux News and right-wing talk radio that he was caving in to the Black community. They'd be railing about his 'keeping a woman of questionable morals' in that spot to represent the USA at the Miss Universe Pageant and taking every opportunity to use the incident to attack African-Americans in general.

Let's exit our alternate universe and slide back to reality. In terms of how most African-Americans perceive our culture, young White people get multiple chances to screw up, young Blacks and other minorities do not.

Whether that's an accurate perception or not, the differing results as to what happened to Vanessa Williams in 1984 and Tara Conner in 2006 only confirm the suspicions of African-Americans that there IS one.
Posted by Monica Roberts at 5:09 PM

I definitely agree that there is stereo-typing, and persecution, and predijuce and racial profiling, BUT, don't think for ONE minute it's ALL right-wing. I'm not either wing, but I certainly would not lean to the left, and I would never, me personally, agree that it is right to treat a person of one color better or worse than a person of another color simply because of color. I do agree that you are probably right, in that if it were an African-American woman who held the Miss USA title right now and got caught doing the things our current Miss USA was doing, she probably wouldn't get a 2nd chance, HOWEVER, it's BOTH right and left wing people who have these predijuices and intolerances, don't think for one minute it's all right wing, because it's NOT!

Thanks for stopping by, Tracy.


There are some liberals that are biogted and racist.

But hands down, those of you who consider yourselves conservative have reveled in wearing white sheets. The Dixiecrats have called the GOP home since 1964. Everytime someone makes a racist statement that blows up in the press, 90% percent of the time they have an (R) behind their name or brag about their conservatism.

The white sheets in this case definitely apply to many conservatives. I stand by my alternate reality scenario as penned