TTNS Heads To The DFW Area!

The Texas Transgender Non Discrimination Summit is now seven years old, but until last year's event at Texas State in San Marcos, had never been held outside of the Houston area where it was born.

I'm happy to announce on these electronic pages that the TTNS board has selected the dates and the site for the 2015 edition of the event.

The dates ate July 31-August 1, and it will be held on the campus of the University of Texas at Dallas.

This is another history making edition of the Texas Transgender Nondiscrimination Summit, as it will be the first time the TTNS will be held in the DFW metro area and the second consecutive year it has ventured from its Houston area turf.

I'm really looking forward to another TTNS related road trip as this time those of us coming from Houston will be rolling up 1-45.   Hopefully I'll get to see many of my Dallas-Ft Worth area friends and North Texas and East Texas peeps who wish to attend this two day conference that seeks to look at strategic grass roots centered approaches to the issues of social justice and policy implementation as it pertains to the issues of gender identity and gender expression in higher education.

It is one of my favorite in-state activism events, and I haven't missed one since I returned home in 2010.  Since it focuses on opening doors for trans people in higher education, it is a cause and conference that has the enthusiastic TransGriot seal of approval and support.

And the cool part about it is that you''ll have academics, policy experts, students, activists and allies who want Texas public schools and higher education to be accessible to gender variant people in one spot for that fascinating TTNS weekend. 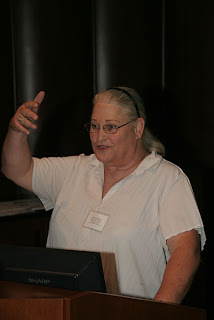 Since the start of the TTNS, the number of Texas school districts, colleges and universities with non discrimination statements and trans friendly policies on their campuses has exponentially increased across the Lone Star State thanks in large part to the strategies, tactics and information shared at previous TTNS events.

So yes, I have much love for TTNS founder Josephine Tittsworth and the board, and the July 31-August 1 date is already blocked on my event calendar.

Hope you will join me and other higher education minded Texans in attendance on the UT-Dallas campus for the seventh annual edition of the Texas Transgender Nondiscrimination Summit.