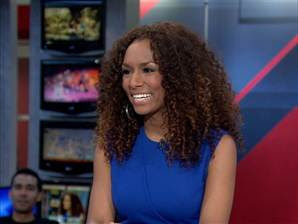 “I will never depart from my core belief that CeCe and Paige and thousands of other girls like us matter.”   Janet Mock

You TransGriot readers know I have much love admiration and respect for People.com editor Janet Mock who ever since she revealed her trans status and her personal journey in the May 2011 Marie Claire article has been an eloquent advocate for transwomen who share our African descended roots.

Now Janet is taking it another step further by launching a Twitter campaign with the #GirlsLikeUs hashtag.   So for you folks who spend time at Twitter, when your subject is about trans women, use that hashtag

As Janet wrote in this post at her janetmock.com blog,

We are not disposable. No human life is. And until we all come around to this belief we’ll never achieve equality. When I say equality, it’s not only a phrase we attach to the right to get married, I attach it to the the fabric of our lives: the right to work, the right to have a home, the right to use the restroom without second guessing, the right to walk in your neighborhood and feel safe.

Just as we all rose up in collective anger and justifiable outrage over Trayvon Martin's killing, neither should it be acceptable what happened to Paige, Brandy and Cece.

When it comes to African descended #GirlsLikeUs, that message needs to be used as a clarion call inside and outside our community.  It's past time that our iconic legacy organizations such as the NAACP, the Urban League, the Congressional Black Caucus and countless others stop ignoring what is happening to African descended transpeople like us.

It's time for them to step up to the plate and unequivocally state that we are part of the kente cloth fabric of the African-American community and anti-trans violence and transphobia will not be tolerated.

Thanks Janet for getting this Twitter party started.
Posted by Monica Roberts at 2:00 AM