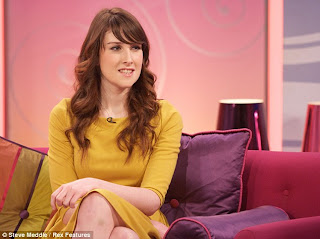 Jackie Green's bid to become the first trans Miss England fell short last night when she didn't make the finals of that pageant.  While she's disappointed about the result as are all of us around the world who were rooting for her, bear in mind she did make it to the semifinals..

This also comes a week after Jenna Talackova's bid to become Miss Canada also fell short of the finalist round of the Miss Universe Canada pageant, although she did capture the Miss Congeniality award.

But Ms.Green isn't in this pageant just for the crown or the glamor.   She's got another purpose in mind as she competes.  She's hoping to use the public platform of the pageant as a way to raise awareness about  bullying and transgender issues.


Ms. Green stated she would make another run at the Miss England crown next year, and here's hoping that she has a better result when she does.
Posted by Monica Roberts at 7:35 AM