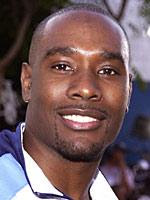 You can call David E. Talbert’s latest production, “Love in the Nick of Tyme,” an urban play or a gospel play. Just don’t call it a “chitlin circuit” show.

“What is the chitlin circuit? I don’t do ‘these plays’ or chitlin circuit,” Talbert, an NAACP-award-winning playwright and producer, told BlackAmericaWeb.com. “My plays are theater, they’re stories. I wouldn’t classify my plays any differently than August Wilson’s plays are classified. My primary focus is to entertain, uplift and inspire those people who look like those people on stage.”

With themes rooted in religious faith and contemporary storylines that rival the juiciest soap operas, black playwrights and producers like Talbert and Tyler Perry are packing them in at playhouses across the country and raking in millions of dollars from their works.

Hollywood has taken notice of the success of shows like Talbert’s “The Fabric of a Man” and “Lawd Ha’ Mercy,” and Perry’s “Dairy of a Mad Black Woman” and “Madea Goes to Jail” -- and is looking to get in on the act.

Lions Gate Films struck a multi-picture deal with Perry that has been pure gold for the company. Perry’s screen adaptation of “Diary of a Mad Black Woman” and “Madea’s Family Reunion,” made on shoestring budgets by Hollywood standards, have brought in more than $100 million in two years, industry analysts say. They will make even more money on DVD sales. “Diary of a Mad Black Woman” sold 2.4 million units in the first week of its DVD release in 2005.

“We’ve got Tyler Perry fever,” Michael Paseornek, Lions Gate’s production head, told Salon.com in February 2006. “As far as we’re concerned, the last weekend of February belongs to Tyler Perry, and we plan to be there every year.”

The take is less than Perry’s previous movies, which some industry analysts attribute to the absence of Perry or his matronly alter ego Madea from the film. Despite brickbats from movie critics, the movie is scoring well with women and people in all age groups, especially in the 25 to 34 range, The Hollywood Reporter.com reported last week.

“Tyler Perry’s movies are primarily selling out to African-American audiences,” Talbert said. “It’s the same audience that’s going to the theater that's selling out the movies. What it’s saying is the black audience is gravitating toward story lines that they can relate to, that they can identify with, that are real to them.”

Both men have also taken their act to the small screen. The success of Talbert’s plays -- which he estimates have grossed over $75 million -- led him to write and co-produce Jamie Foxx’s NBC special, “Unpredictable: A Musical Journey.” Perry is producing “Tyler Perry’s House of Payne,” a half-hour syndicated sitcom about a multi-generational black family living under one roof.

However, neither man has abandoned the stage. “Love in the Nick of Tyme,” Talbert’s 12th play, is currently touring and features the stage debut of film heartthrob Morris Chestnut, of “Boyz N’ the Hood” fame, who plays an unfaithful father.

Perry’s new show, “What’s Done in the Dark,” is also crisscrossing the country. It’s a rollicking multi-layered story of infidelity and inspiration set in a two-story medical center.

The shows are tinged with morality, music, comedy and drama and are playing to full houses of folks who are looking to be entertained and spiritually uplifted at the same time, according to Duke University professor Mark Anthony Neal. Going to the shows can feel like going to church, with audience members shouting “Amen” or “Go ahead, now” to the characters on stage, he says.

“The money the plays and movies are making speaks to the spending power of the black Bible Belt -- a metaphor for the new generation of middle class, black church goers who support mega-churches and telepreachers like T.D. Jakes,” Neal, an associate professor of black popular culture, told BlackAmericaWeb.com. “Hollywood and Madison Avenue is discovering this.”

Traveling black stage productions aren’t new. Their roots go back to the Jim Crow era when most blacks weren’t allowed in big-city theaters, and black actors could not perform with whites.

To fill the void, plays were produced to appeal to black audiences -- mixing song, dance and message -- and taken on the road. The genre morphed in the 1970s and 1980s with an infusion of gospel found in shows like Vy Higginsen’s “Mama, I Want to Sing.”

The success of “Mama’ and shows like Shelly Garrett’s “Beauty Shop” inspired a new synergistic generation of playwrights/producers/performers like Talbert and Perry, who also found their creative inspiration in the black church.

“I’m a third-generation baby of a preacher. There’s not better place to learn about the impact of love and inspiration and music than in a black church,” Talbert told BlackAmericaWeb.com. “From there, I understood the whole call and response, this whole interactive kind of theater that we do. But in actuality, this was the same thing William Shakespeare was doing when he got started.”

“It’s buffoonish,” Larry Leon Hamlin, producer and artistic director of the National Black Theater Festival in Winston Salem, N.C., told the Detroit News in 2005. “It almost takes us back to Amos and Andy, and we don’t really need that. It’s a degradation of the images of black people.”

The late August Wilson, the black playwright who won Pulitzer Prizes for “Fences” and “The Piano Lesson,” lamented that the “chitlin circuit” could fill theaters across the country with blacks but blacks, for the most part, didn’t attend the theater.

“You know, I hear what people are saying and I understand it, and I'm a huge fan of August Wilson and wonderful people -- Lorraine Hansberry -- who've written incredible plays,” Perry told National Public Radio’s Michel Martin last April. “The important thing for me is, and what I'd like people to know is that, one particular genre does not make it whole. There are many, many different genres, and if you ever gave it an opportunity open mindedly, I think you'd find some pretty interesting things there.”

“The only difference is I choose to tour my plays across the country and allow urban audiences that we target to come in and patronize them,” said Talbert, a Morgan State University graduate, “whereas the plays that are presented on Broadway are performed on Broadway, and economically, they make it difficult for the urban audience to come there to attend. I price my tickets so that my audience can see it. I bring the theater to the people, as opposed to making the people then come to the theater.”

Talbert says the traveling black plays do something else that the major Broadway shows don’t: Hire black actors. Over the years, the shows have provided steady gigs to actors on their way up, on their way down, or for performers looking to try something new.

Television stars like Sherman Hemsley of “The Jeffersons,” Lawrence Hilton Jacobs from “Welcome Back, Kotter,” and movie icons like Billy Dee Williams and Richard Roundtree have all worked in black stage shows. Musical artists like Brian McKnight, Morris Day, Ginuwine, Kirk Franklin and the late Gerald Lavert all got their theatrical chops on the black stage.

“Unless you want to play a kangaroo in 'The Lion King,' then you can be a black actor working, or, if occasionally, there’s a wonderful production like 'The Color Purple,' but they are few and far between,” Talbert said. “Black actors don’t work on Broadway.”

For Chestnut, joining the cast of “Love in the Nick of Tyme” offered a change of pace from the sexy leading man movie roles and an opportunity to recharge his batteries.

“I’d gotten into somewhat of a rut. I’ve done a lot of projects in similar type themes and playing the same type of characters,” he told BlackAmericaWeb.com. “I wanted to get excited about the art of acting again, and this does that for me. Approaching theater -- something I’ve never done -- hones your skills, and you’re in front of a live audience and can’t make mistakes. All those elements combine to excite me. It’s a feeling I haven’t had in years.”

Chestnut politely sidestepped questions about critical complaints about the black shows, allowing Talbert to tackle them head-on. The playwright/producer says he and other black theatrical producers are giving the people what they want, just like Shakespeare did way back when.

“Shakespeare, who we hold in such high regard as the premiere playwright, performed his plays in front of people called ‘The Groundlings’ that would sit there in the theater and throw bottles, yell, and cuss and fuss at the stage so much so that they would then change the storylines to make it different,” Talbert said. “Theater was alive, it was interactive. That’s what we do. Theater that is alive and for the people.”
Posted by Monica Roberts at 6:19 PM