Happy Birthday to His Royal Badness 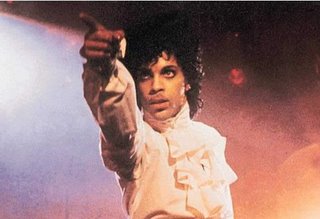 Break out that copy of 'Purple Rain' and toast it with some grape juice. Today is Prince Rogers Nelson's birthday. The rest of the world knows him as Prince. His fans call him 'His Royal Badness'.

Prince is one of my favorite artists. His first album 'For You' came out when I was a high school junior. I was amazed to find out that he played several instruments on the album in addition to producing it himself.

His sound continued to evolve during the 80's. It melded elements of rock, punk, and soul with sometimes controversial sexually-tinged lyrics like on 1980's 'Uptown' albumn. It was dubbed the 'Minneapolis Sound' and later groups such as The Time and Vanity 6 would form. Singers Alexander O'Neal, Cherrelle, Karyn White and the SOS Band would later ride the producing talents of Time members James 'Jimmy Jam' Harris and Terry Lewis to hit status. In Janet Jackson's case she became a superstar thanks to these gentlemen. 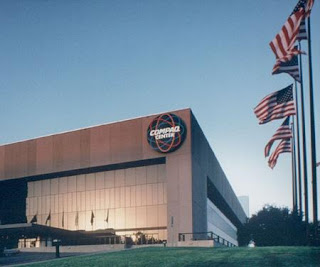 But back to the birthday boy. I still laugh about a 1981 Prince concert I attended in which he broke into a rousing encore version of 'Controversy' that was rocking The Summit (later Compaq Center). This particular concert was scheduled on a Sunday. When he got to the part of 'Controversy' that includes the Lord's Prayer and implored everyone to pray with him, the up until that point raucous crowd became quiet. The gentleman that had the seats next to mine and my date said to us, "Prince is my boy, but I ain't playing with God."

Turned out Prince's spiritual side wasn't an act. Songs such as 'I Would Die 4 U' and 'The Holy River' gave some insight into that side of his persona. He's also done some songs with political commentary such as 'Ronnie Talk To Russia', 'Sign O' The Times, and 'Cinnamon Girl'.

Speaking of acting, 1984 saw the release of the movie 'Purple Rain' which I and my brother attended the day it opened wearing a purple '1999' T-shirt along with the other faithful Prince fans that packed the theater. After that Prince wasn't an R&B fan's best kept secret. The movie became a big hit along with the movie soundtrack.

His battle with Warner Brothers over control of his master tapes and for increased artistic freedom led him to change his name to an unpronouncable symbol for a few years and perform concerts with the word SLAVE written on his face.

He has come back better than ever with 'Musicology' vaulting him back into musical prominence. In my eyes he never left that status.

Happy birthday, Prince.
Posted by Monica Roberts at 7:24 AM