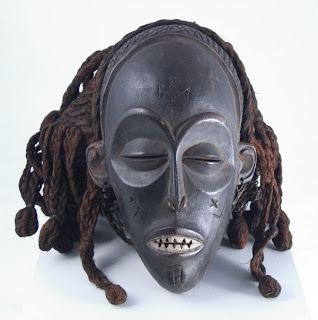 Y'all know how much I despise seeing transgender people’s names in quotation marks because it's disrespectful. In this case I did it because the person I’m talking about in this post is what we call in the community a stealth transperson.

The stealth folks in our community don't have blogs, you don't see them at Lobby Days, they don't get interviewed on talk shows, do radio interviews and are infrequently written about, but they are an important part of our community as well and have interesting lives and stories.

But to tell those stories, you have to strike a careful balance between telling the story and not divulging too many cogent details of their lives in order to avoid inadvertantly outing them.

I recently got reacquainted with an old friend of mine. Angel’s not her real name, but one I chose to protect her privacy.

Angel is one of the many transsistahs I know who are quite gainfully employed. She makes high five figures at her job, has a nice home in the ‘burbs, goes to church faithfully and has a wonderful relationship with her mother.

She also transitioned in her early teens before Demon Testosterone started impacting her body, so she looks like any other average height African-American woman out there in the world down to the genitalia. That's exactly the way she wants to be seen by the rest of the planet, and I ain't mad at her for that.

But Angel is also savvy enough to realize that even though she has biosisters as friends, there are certain things about her life that she can only talk about and unburden herself with another transsistah.

So how did my out-and-proud power to the transpeople behind meet Angel? Our friendship started in 1999 as a result of my membership on the Afrocentric Black Voices Internet discussion list now owned by AOL. As y’all probably guessed, I was a prolific poster there, but ironically at the time I wasn’t out as a transperson online.

We traded phone numbers, started talking, and discovered over the next several weeks of phone converastions that we had a few things in common besides being smart, opinionated Black women. I discovered she lived just a few miles from my old SW Houston apartment off Beltway 8.

When I'm starting a potential friendship I believe that honesty is the best policy. I put it out there up front that I’m a transwoman. That way if the person has issues with it I just chalk it up as 'their loss' and I'm on my merry way.

To my surprise, Angel told me that she was transgender as well. We set up a meeting at a neutral site, clicked even more and spent time at each others homes. We talked on a regular basis until I lost my job with CAL and subsequently moved in September 2001. 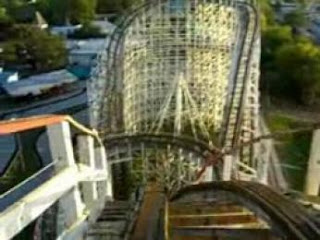 The chaotic nature of my life during those six months prior to my sudden move left many of my old friends out of the information loop. Most of them didn’t know I’d left the area until the person received a call or e-mail from me a few months after I'd established residency and a somewhat stable routine in Da Ville.

Angel happened to be one of the peeps that got left out of the loop. It didn't help that her e-mail address changed during that period and I misplaced my personal phone book with my Houston numbers in it during the move, so I didn't have a way to contact her.

As I started concentrating on rebuilding my life over the next few years, Angel was pondering the 'what happened to Monica?' question. So one day she did what any tech savvy person in that situation would do and Googled my name.

She discovered my blog and e-mailed me last week after perusing a few posts on it. I e-mailed her my phone number, and Saturday night we talked on the phone for the first time in several years.

She told me before I hung up the phone to end our three hour conversation that she’s glad I’m back in her life again.

Angel, the feeling’s mutual.
Posted by Monica Roberts at 7:38 AM