I Repeat: Can't Y'all Read Your Own Stylebooks?

I wrote about this issue last year, so let's review once again what the AP Stylebook says about transgender people and how to cover us.

Okay, so New York Daily News, you have some 'splainin to do about the way you handled the February 10 Saneshia Stewart story.

A transgendered prostitute was stabbed to death in the Bronx Saturday by a customer who was apparently surprised by the hooker’s true sex, police sources said Saturday.

The victim - a 25-year-old man who dressed like a woman - was identified by sources as Talib Stewart, who often went by the feminine nicknames of Nesha or Sanesha.

A 37-year-old man was later arrested inside the second-floor apartment, police said.

Though the suspect’s identity was not immediately released, the sources said he was the prostitute’s john who became enraged when he learned his partner was not a woman.

Stewart also apparently had undergone surgery to give him larger breasts and other female characteristics, neighbors said.

“She looked like a girl but when she turned around, you knew it was a man,” a 17-year-old neighbor said. “She had a big jaw and an Adam’s apple.”

Neighbors said Stewart was a friendly and flirty presence on the block and was rarely hassled for his appearance.

“She’s always been Nesha to me,” said a friend who just gave her first name, Janelle. “She’s funny and outgoing.”

“It’s a shock - nobody should do something like that,” said another neighbor who asked not to be identified. “She never had any problems here.”

Stewart’s relatives visited the crime scene Saturday afternoon and angrily declined comment. Neighbors said they didn’t know if Stewart was turning tricks but they had noticed frequent male visitors to her home.

The suspect remained in police custody last night as the Bronx district attorney was determining which charges to file, officials said. 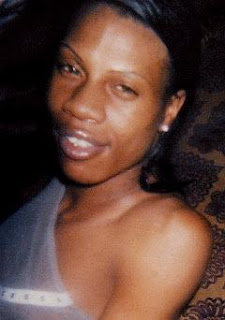 Okay, this is just jacked up and piss poor reporting on so many levels I don't even know where to start. But then again this is the type of crappy tabloid style reporting we transpeople get that caused us to meet with the AP back in 2000 to craft the stylebook rules in the first place to end this BS.

First off, it's kinda obvious that if the person has a femme hairstyle, breasts, is dressed in feminine attire and lives that way 24/7/365 you use the pronouns 'she' and 'her' to describe this person except when they are germane to the story.

Secondly, why even put her old male name in the story? If she goes by Saneshia, then that's what you write. The whole story was written in a disrespectful, distorted, and dehumanizing tone.

GLAAD felt the same way and complained. The New York Daily News did a follow up story the next day but still got it wrong. They again used the wrong pronouns and this time put Saneshia's name in parentheses.

Talib (Sanesha) Stewart, a 6-foot transsexual, was found stabbed in Bronx building- allegedly by an ex-con who flew into a rage after finding out Stewart was not a woman.

So they were shocked to learn that their 25-year-old transgendered neighbor was stabbed to death Saturday by an ex-con who told cops he flew into a rage when he found out his date was not a woman.

"Nesha was a friend of the whole building - a really nice person who didn't deserve that," downstairs neighbor Steven Bamberg, 45, said. "I called him 'her' out of respect."

Police responded to a dispute on Beaumont Ave. about 6 a.m. and found Stewart stabbed several times.

They arrested Steve McMillan, 37, who was still inside Stewart's apartment. He was waiting to be arraigned on a murder charge last night. Police sources said McMillan was a john who flew into a rage after discovering Stewart, a prostitute, was not a woman.

Bamberg, however, denied Stewart was a prostitute.

The statuesque Stewart had breast implants and other plastic surgery to look more like a woman, neighbors said.

Bamberg said he heard his friend in distress about 5 a.m. and phoned 911.

"It was like a scream," he said. "Then I heard, 'Uhhhhhh,' softer and softer, her last breath."

Bamberg said he saw police with guns drawn telling the suspect as they led him outside, "You know your friend upstairs is dead."

"You killed my friend!" Bamberg recalled screaming at McMillan before collapsing onto the curb and crying.

Stewart was well-loved since moving into the building three years ago, Bamberg said.

"We all accepted her," he said.

Bamberg said McMillan was at the house hours before the killing, claiming to have left something in Stewart's apartment.

He said cops removed the apartment door as evidence.

"There's a big pool of blood on the floor and all over the bed," Bamberg said. "It looks like a war zone."

A spokeswoman with the medical examiner's office said the fatal blows penetrated Stewart's throat and lung.

"I've always been close to him," she said after identifying Stewart's body yesterday. "I didn't care what he was."

McMillan was charged with attempting to sell a controlled substance in 1999, records show. He recently returned to Yonkers and was living temporarily at a shelter, a friend, who identified himself as Ramel C., said.

Ramel C., 37, said McMillan had a girlfriend. He said his life-long friend must have been shocked to discover he was with a man.

"I'm not saying that's a reason to kill anyone," he said. "But I'm sure he was in some type of turmoil or shock."

This once again plays into what I wrote about in terms of how African-American transwomen images are treated. Neighbors 'assumed' that since Saneshia had many male admirers, that she was a hooker. Yeah, right. Sounds like some neighbors had nothing better to do than worry about who was going in and out of Saneshia's door. 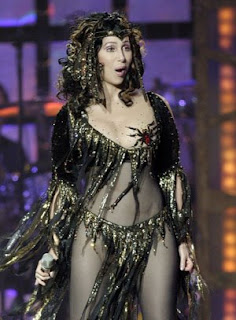 I'm also pissed about the repeated use of incorrect pronouns and the placing of her name in parenteses. Do you do the same thing to Cherilyn (Cher) Sarkisian or Gordon (Sting) Sumner? So why presume that it's okay to do it to transwomen?

So once again, to all those media peeps who continue to do this, can't you read your own stylebooks? Or are you too indifferent, transphobic, too busy or don't care about doing accurate stories about transpersons and covereing them with dignity and respect, especially when that life has been senselessly taken away?
Posted by Monica Roberts at 6:52 AM