The Old Girl In The Club 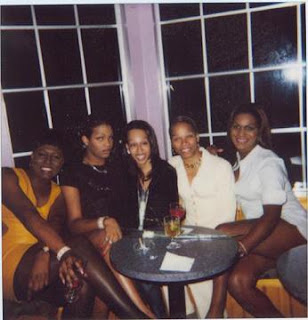 Back during my party animal heyday in the 80's and early 90's BT (before transition) I like many peeps my age hit every named (or renamed) H-town club in search of adventure, fun, a drink or two and sometimes romance.

During that time Houston night clubs had short shelf lives, and it wasn't uncommon to go to a newly opened club that had the same address of one you'd gone to faithfully in a previous incarnation, but had undergone an extreme makeover. Sometimes it was an old club name in a new location with a younger clientele. 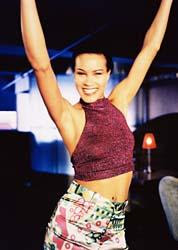 Whether it was Rinestone Rangler, Boneshakers, Flamingo, D's and G's, Richter 9.9, Midtown Live, Georgi-O, The Rockk, Cartoons, Oasis, The Tyler Rose, Rage or some other spot in north or southwest Houston, me and my friends were there partying until the place closed down, then grabbing a bite to eat before heading home.

I was hitting the gay ones such as Studio 13, Uptown Downtown, Incognito and others as well during those times, and my party options became national in scope once I started working for CAL in 1987.

In all the non-gay ones I hit in H-town, there was one common denominator besides the deejays and the same party animals of my generation frequenting them. It was a tall, light brown skinned balding gentleman we called Pops. Pops would try to hit on the ladies, fail miserably at doing our latest dances, do silly stuff to make us all laugh and get the deejay's attention for a shout-out.

After wearily watching Pops' antics for the umpteenth time while hanging out one night at a northside spot called Boneshakers in 1983, I turned to my then homie Eric Shepherd and said, "Shep, slap me if I get to be Pops' age and I'm still trying to hang out in clubs." 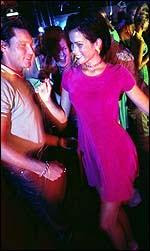 I'm bringing up this story because I've been amused by one of the accusations hurled at me by some of my local critics here in Da Ville. It's alleged by some of 'the gurls' that I think I'm better than they are because I refuse to hang out with them in the local GLBT clubs.

Hello? I'm old enough to be their mother. Besides, if I'm hanging out at a club these days it's going to have a jazz band playing or the music being spun is old school R&B.

One reason I don't hang out in the GLBT clubs is because I'm boycotting two of them for hosting SQL performances last year (and they know who they are). I don't spend my hard earned bucks in establishments that disrespect me or my culture.

The major reason I don't hang out in many Louisville clubs, be they gay or straight is because prior to the no-smoking ordinance being passed by Metro Council last summer, I needed a gas mask to breathe with all the cigarette smoke fouling the air. It's even worse at the GLBT clubs. The Phenomenal Transwoman is not down with having her clothes and hair smelling like a cigarette factory for the next three days after a night out in them.

The other thing I'm not down with is being the old girl at the club. Visions of my twenties and Pops keep dancing in my head. I also believe that clubs are a young person's playground. I believe we all have a certain amount of time and our youthful moment to spend in them, then need to move on. What do I have in common with the zygotes who are running around trying to get laid besides cultural history and transgender status? 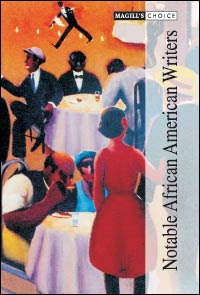 To be honest, as a writer who does the novel thang, I do need to poke my head inside one every now and then. I like writing fictional characters that are as realistic as possible, and it would definitely help in terms of fleshing out realistic twentysomething characters. It would help me acquire more info and get a feel for not only twentysomething culture and all its permutations in terms of lingo, the latest dances and fashion trends, but help understand the issues they deal with as well.

So I guess I could suffer being the old gal in the club every now and then for art's (and sometimes activism's) sake. Who knows, I may get lucky and find someone my own age to hang out with while I'm there.

But I'm still not spending one dime in those two clubs that hosted SQL performances.
Posted by Monica Roberts at 1:46 PM

Genevieve, that would be Chuck Knipp a.k.a. Shirley Q. Liquor. It's a blackface minstrel show, and not a very good one at that. Check some of Monica's older postings on that subject.

I don't go to clubs, either, unless it's the type of club where you sit down at a table and enjoy good food, good drinks, and live entertainment - acoustic music, jazz, or perhaps standup comedy. Most of the random noises people dance to these days, sucks like an Electrolux. I also want to see open season declared on the fools that go to clubs on meth, crack, or Ecstasy, as well as the amoral murderers who try to slip Mickeys to people, in the form of rohypnol or GHB. May they rot in hell.

I'd rather stay home with my own record collection, all things considered.