Michelle, I Feel Ya 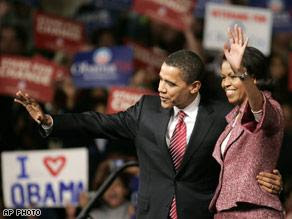 The conservatives have their panties in a knot because Michelle Obama was quoted as saying during a recent campaign appearance that this is the first time in her adult life she's been proud of this country. They're also whining about the fact that Senator Obama allegedly doesn't put an American flag lapel on his coat.

If that's the best shade you GOPers can throw, and I know you're capable of doing much worse, then I should be preparing for a historic trip to Washington DC next January 20 to see the first African-American president be inaugurated.

My feelings for this country echo a line from the HBO movie The Tuskegee Airmen.

It's hard to love a country that enslaved your ancestors for two and a half centuries, spent another 100 years terrorizing them, lynching them and denying them basic opportunities, refuses to apologize and pay reparations for their crimes, and has one party that bases its ability to win elections on how much Hateraid they can stir up against African-Americans. It's a testament to the strength and inner fortitude of my people that we've survived and thrived despite all the negativity that's been thrown at us.

Patriotism is not the armchair variety as espoused by conservatives. Just because they put American flag pins on the lapels of their suits, put American flag decals on their SUV's, cars and pickup trucks doesn't mean they love this country any more than someone who doesn't. The conservative movement's actions over the last 40 years are those of people who clearly don't love or have respect for the constitution or our country.

I must point out that despite all the bullshit that this country has taken my people through, African-Americans have fought in every war this country has waged from the Revolutionary War to the misguided adventure in Iraq. That's more than I can say for my people's draft and combat dodging critics.

Our innovative creativity and intelligence has enriched this country, shaped its culture and advanced its scientific knowledge, technical and engineering prowess.

Patriotism is not blind obedience to the status quo and never criticizing the president as conservative pundits would have you believe. It's praising your country when it does the right thing and calling it out when it does things that even though they may be legal, are morally and ethically wrong. 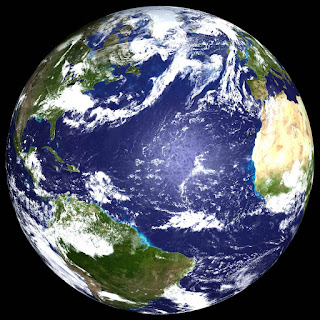 The United States is held to a higher standard of behavior on the world stage. Frankly, we have slipped from that high standard thanks to the idiots we have in charge that stole two elections to stay in power for the last seven years.

The conservative vision for America, the mean-spirited, hate thy neighbor, I got mine and screw the rest of y'all one is not the kind of America I and the vast majority of people want to live in.

Those moments where my country lives up to its lofty ideals have been few and far between in my life, and we've definitely been devoid of those moments under GOP rule.

As a patriot, I'm going to criticize it until 'errbody' has a fair shot at the American Dream, and not just a limited slice of the white male population. I want to be a drum major for justice like Dr. King was. I want transgender people included in the 'We The People' preamble to the constitution and not have people think it's okay to put my civil rights up to a vote or repeal them because of false interpretations of Biblical teachings. I'm going to support candidates for political office and like minded Americans who feel the same way.

And frankly, I just want to be proud of my country again.
Posted by Monica Roberts at 3:16 PM

And our conservative friends are still whining about this comment.