Today is the twelfth anniversary of the death of transsistah Tyra Hunter.

The major differences in her death is that it didn't happen at the hands of a violent transphobe wielding a knife or gun. Her death was preventable. The disgusting part of it is that the transphobes in this case were a doctor and a Washington DC firefighter.

Tyra Hunter had been transitioned since she was 14 years old. On the morning of August 7, 1995 the popular 24 year old hairdresser was on her way to work as a passenger in a car. That vehicle ended up being involved in an accident at the corner of 50th and C streets in Southeast DC.

Tyra and the driver had been pulled from the smoking ruins of the vehicle by onlookers and were lying on the ground when fire department personnel arrived at the scene. The neighborhood began gathering to watch as a male firefighter began treating Tyra for her injuries. That is, until he cut open her pants leg and noted she had male genitalia.

At that point, according to eyewitnesses, the firefighter, later identified as Adrian Williams stood up and backed away from Tyra. She was semi-conscious, complaining about pain and gasping for breath as he was quoted as saying by one witness, "This bitch ain't no girl...It's a nigger, he got a dick."

Williams began joking with the other fire department personnel at the scene as the bystanders pleaded with them to resume working to save Tyra's life. One bystander is quoted as saying, "It don’t make any difference, he’s [sic] a person, he’s a human being." 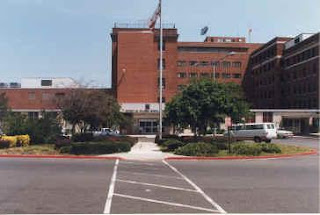 The firefighters on the scene didn't share that assessment. They were more concerned with honing their comedic skills than doing their duty. Another witness at the scene heard one of the firefighters say, "look, it's got a cock and balls." While the firefighters stood around doing their not ready for prime time act, Tyra's treatment was discontinued for 5 to 7 critical minutes while bystanders pleaded for them to resume treatment. Finally an EMS supervisor arrived and resumed treating Tyra. She was rushed to DC General Hospital where she arrived at 4:10 PM.

But the nightmare was just beginning for Tyra. The DC General Hospital ER staff compounded the insulting neglect of the fire fighters. A doctor refused to treat her and she died of blunt force trauma at 5:20 PM in the now closed hospital's emergency room.

The case alarmed and enraged not only African-American transpeople nationally, but the entire transgender and local African-American community. Over 2,000 people attended her August 12 funeral. 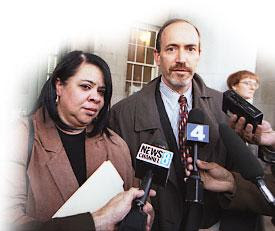 Tyra's mother Margie Hunter, who ironically works as a nurse, filed a $10 million civil lawsuit in February 1996 in DC Superior Court against the District of Columbia, the firefighter and a DC General Hospital physician. The allegations contained in the suit alleged that the D.C. Fire Department personnel called to the scene of a car accident involving Tyra made derogatory comments about Tyra's personal appearance and withdrew emergency medical treatment. Mrs. Hunter also charged that Tyra died as a result of medical negligence while, or after being treated at D.C. General Hospital.

On December 11, 1998 a jury awarded Margie Hunter $2.9 million in damages. The jury determined that DC Fire Department employees violated the 1977 DC Human Rights Law, and that Tyra Hunter's death was caused by medical malpractice at DC General. Experts testified during the trial that had Tyra received proper medical care at either stage of treatment, she had an 86% chance of surviving the accident.

The city further angered DC transgender residents by immediately appealing the decision. The case was later settled for $1.75 million. DC transpeople were further enraged when they discovered that not only were none of the firefighters at the scene disciplined, but Adrian Williams had subsequently received a promotion.

In Washington DC the Tyra Hunter Drop-In Center is named for her and the sensitivity training that DC fire department personnel attend is named in her honor as well.

We must never forget what happened to Tyra on this day. We must also diligently work to ensure that what she suffered at the hands of emergency personnel is not replicated in our locales. The message must be made crystal clear to our first responders that when they swear to serve and protect, that means ALL citizens.
Posted by Monica Roberts at 11:10 AM

In '95 outside of LGBT circles nobody cared less about Tyra Hunter. I grew up in the city but never heard of her until I started transition in 2004. Today nothing has really changed in DC. Just a couple years ago I got beaten pretty badly and the medics just left me on the street because they "don't treat freaks." And a lot of the girls I knew had similar stories.

And that's sad. Our taxes go to help provide those EMT services as well. We should get the same care that any other citizen gets.

Then again, Public Enemy did make a song back in the day called '911 is a Joke'.

But we ain't laughin'.

This is so scary, Monica. It's horrible that someone like a firefighter or a doctor would stop treatment for such a reason. Thanks for reminding us about Tyra's anniversary.

In 1995 and prior years, Tyra was well known in the African American communities as a "respected Transgendered Hair Stylist". This tragedy affected the lives of all beings: Staight and Gay...As I currently identify as Lesbian, I am truely greatful for the pain and suffering of those that were brave and strong enough to endure the abuse that comes with this lifestyle.

I read about Tyra shortly after I read about Rita Hester. Tyra's death still grates on me to this day. In my mind those people who contributed to her passing aren't worthy of te positions that they have.