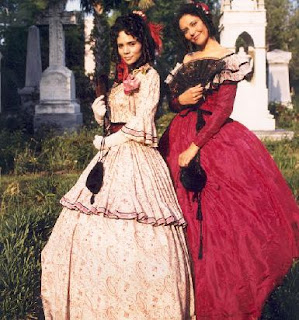 photos-Halle Berry and Lonette McKee from the miniseries Queen, Ellen Craft, the ladies of the MBU pageant system, Iman

Besides telling family and friends that you are beginning the process of gender transition, the next biggest decision in a transperson's life is whether to do is openly or as we call it in the transgender community 'stealth mode'.

Basically stealth mode is a 21st century twist on what our ancestors used to do back in the bad old days of slavery and Jim Crow racism: Passing.

There are some African-American peeps who back in the day took advantage of their vanilla creme complexions and 'good hair' and basically faded into white society for various reasons. For example, some of Sally Hemings' children that she bore for Thomas Jefferson did so. 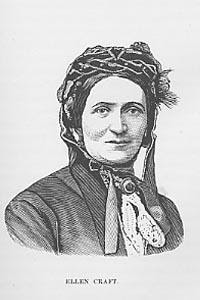 There's the fascinating story of Ellen Craft, the daughter of a white slave master and his slave mistress who executed a daring escape from bondage by passing for white. She and her husband, who posed as her slave, traveled for four days by train, boat and carriage from Macon, GA to Philadelphia. During one part of the journey Ellen even passed as a white man. There are other cases of Black people passing for white for employment or other reasons as late as the 50's and 60's.

From the early days of gender transition to about the mid-80's people were advised by the HBIGDA/WPATH orthodoxy at the time to blend into society and never let anyone know your transgender status. But by the time the 90's rolled around that paradigm was giving way to the 'out and proud' model of the gay and lesbian community.

By the time I transitioned in the mid 1990s transwomen had a choice. If they possessed naturally feminine features that didn't require extensive surgery, some went the stealth route while others of us went down the out and proud path. 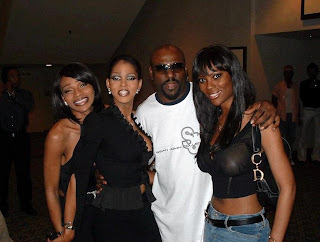 For African-American transwomen, who tend to transition earlier and avoid the ravages of extended testosterone exposure on our bodies, our experiences are different from our white counterparts.

Because we transition earlier, the estrogen we take has less testosterone to fight and helps feminize us to the point where we are almost indistinguishable from our genetic sisters. Even if that African-American transwoman is tall like I am, the fact that we have many biosisters that are 5'10" or taller with various body builds helps us blend into society more effortlessly. I can't tell you how many times over the years I've been asked if I was a fashion model or a WNBA ballplayer.

The fact that we don't have at present a large organized community like our white counterparts and face more negativity if we openly transition, we gravitate more toward the stealth path. 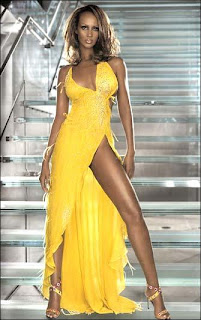 But in the fifty plus years since Christine Jorgensen's very public transition, we African-American transpeople have come to painfully realize that having a history to pass down and role models are important elements of the process as well. Our images have been negatively distorted by too many transwomen taking the escort and female illusionist path in the mistaken belief it's the only way they can make money as a transperson. We have African American transwomen succeeding in various fields such as IT, teaching, modeling and various other fields just to name a few that I'm aware of. The problem is that because these people are stealth transwomen the WORLD, our people and our fellow transpeeps don't kmow that.

It's one major reason why one of the things we are doing in terms of taking our image back is having more of us boldly proclaim that we are not only proud African-Americans but transgender as well. You will see more of us organizing and getting involved in fighting for transgender issues as well.

The Stealth vs. Out debate can evoke intense and passionate emotions on both sides when transpeeps discuss it. I was reminded of that thanks to a discussion thread we've had going in Transistahs-Transbrothas since Thursday about the issue.

Both paths have their pros and cons. If you go stealth, the benefits are that you blend in with society. Stealth transpeople are in positions to hear what people really think about transpeople that they won't say in front of us. Those who continue to stay in contact with the transgender community are then able to pass that information back to the out activists. They can also do education on the inside as well. The cons are isolation from your fellow transpeeps and the necessity of constant vigilance to ensure your transsecret doesn't get out.

Out peeps don't have that problem. The people they interact with may or may not know and they don't worry about it. We out transwomen concentrate on living our lives. One of the cons of out status is that it does open you up to more discrimination, drama and the possibility of being targeted for a hate crime.

The stealth vs. out debate will continue to be an ongoing discussion in the transgender community into the forseeable future, even with the Internet and the erosion of the right to privary as factors.

The most important point to make concerning the issue is this: We're all on the same team with the same goals. We have the ongoing mission of getting African-American peeps to embrace their transgender brothers and sisters, 'ejumacating' them along the way, and getting them to recognize that helping transpeeps get full citizenship rights helps expand civil rights coverage for all of us.
Posted by Monica Roberts at 1:06 PM

As usual a thought provoking topic. i like the way you tied our cultural past, showing the whole black race has more ties than, at times, they refuse to admit and that weren't that far from our past, as many think. I look forward to the day when passing will not be a issue for anyone.