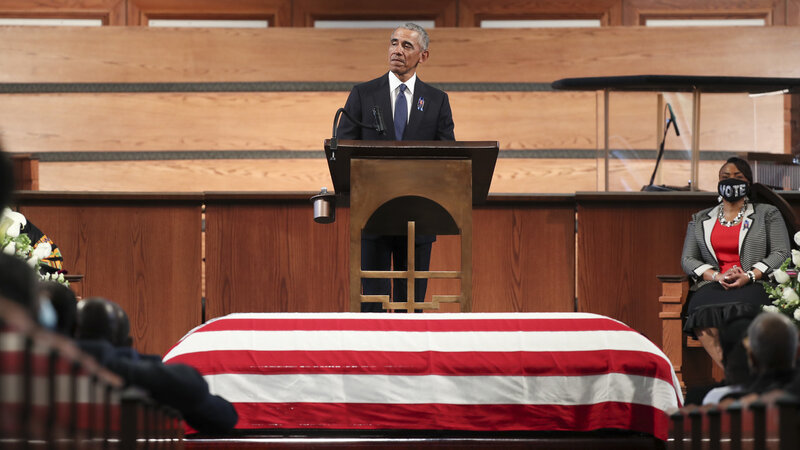 Seems like the Karen and Chad conservafools are having a hissy fit over President Obama's eulogy of the late Rep. John Lewis at his homegoing yesterday.  The Right Wing Noise Machine hit dogs were hollering all over conservative media big mad he called them and their orange wannabe dictator out without mentioning him or them by name.

How dare you Karens and Chads presume to tell us Black folks how to mourn one of our community's great civil rights icons.   Hello, did you fools ever pay attention to John Lewis' life? .  Obviously you didn't.

I would hope and I expect that when my time on Planet Earth has ended, I'm putting y'all on notice now.   I want the speakers at my homegoing service to be just as forceful calling out the issues of the day when y'all celebrate me joining the ancestors.

I recall you conservapeeps said the same BS back in 2006 when Coretta Scott King died and many of the speakers at her funeral called out George W Bush  to his face./ He was POTUS at the time and attended the funeral.

Trump didn't even have the cojones, much less the empathy to make the short drive to the US Capitol to attend the ceremony in which his body was lying in state.

I doubt the  Lewis family would have wanted him desecrating the hallowed historic sanctuary of Ebenezer Baptist Church anyway or that ceremony since he's gone full Klansman these days.

Let me repeat the money quote from what I wrote in the wake of the conservafool whining about how political the Coretta Scott King funeral got.

Dr. King and Coretta Scott King were POLITICAL people. Therefore, it is appropriate in terms of commenting on the totality of their lives to refer to political themes when making remarks to honor them. Rev. Joseph Lowery, President Clinton, Mayor Shirley Franklin, and President Carter were saying publicly things about Junior that many African-Americans say about him in conversations with each other. If that bothers you conservatives, too bad.

Must hurt to realize that you peeps are on the wrong side of history yet again and it shows your utter lack of understanding of African-American culture and traditions. It is also arrogant and presumptuous of people who fought (and still are fighting) tooth and nail to derail America's progress toward fulfilling The Dream to tell us how to mourn the passing of the 'Queen of the Civil Rights movement.

I'm really getting sick of this conservative BS that there should be NO criticism of the president, when these SAME conservatives several years ago called President Clinton everything but a child of God. They even stooped as low as to attack their then-teenaged daughter Chelsea. If George got out amongst the 90% percent of African-Americans who DIDN'T vote for him in either election he'd hear those comments more often.

John Lewis was a political person, a sitting congressman for over 30 years, and a Civil Rights Movement icon.  Therefore, it is appropriate in the traditions of our people to comment on the state of the nation and speak truth to power.

But you conservafools wouldn't know how to do that or even care because you have been cricket chirping silent accomplices to white supremacist tyranny  . 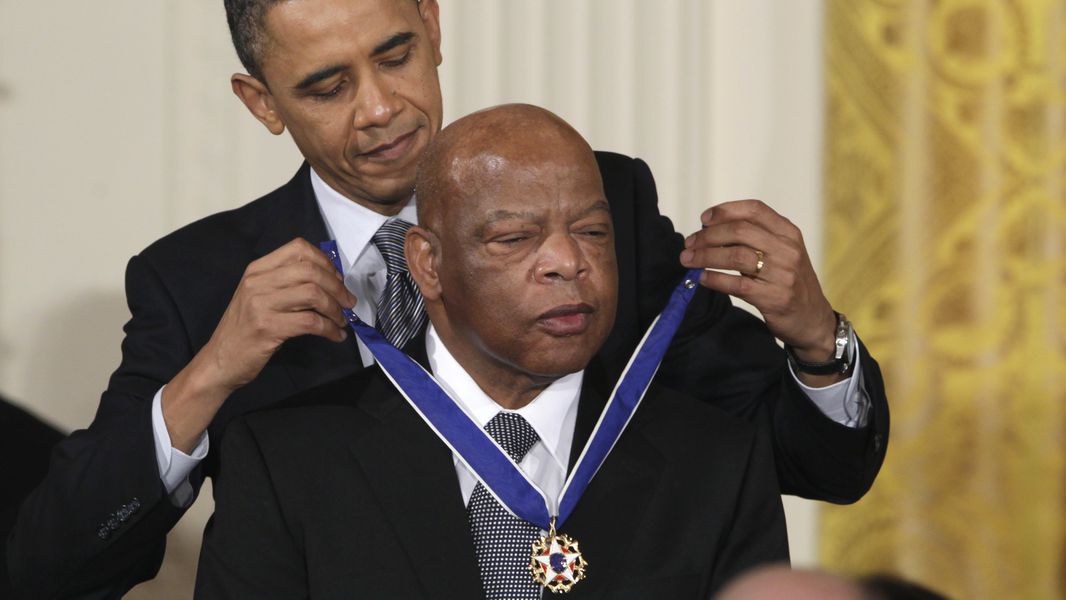 Miss me with that bull feces that his funeral was 'too political'.   Y'all can be mad and stay mad about that and President Obama's on point eulogy calling out the worst presidency in American history

And let me say this once again so your hive minds get the point I've been making.  You conservafools don't get to tell us how to mourn our community heroes and sheroes.