April 4 to me is not just the day that Dr. King was assassinated in Memphis.   It is also the day in 1994 that I nervously walked into Terminal C at IAH to clock in for my shift for the first time as my true self.

I was going to wait until my May 4 birthday to do that, but got impatient and just went ahead and put my new femme uniforms on, grabbed my new ID and plunged into my new reality.

A lot of things have changed since that 1994 day.   My hair is a lot shorter now than when I walked into Terminal C, and I've gained 50 pounds.  There's even a brand new Terminal E next door and connected to Terminal C at Bush IAH.

I even have a shelf of awards I keep adding to from multiple organizations across the country for my 20 plus years of activism on behalf of the community.

But it would have never gotten to that point if I hadn't found the courage to take the first steps toward becoming Moni.

She downplays her role in it, but one person I have to credit for burning my trans closet door down and challenging me to handle my transition business was a fellow flight attendant coworker in Maxine Farrington. 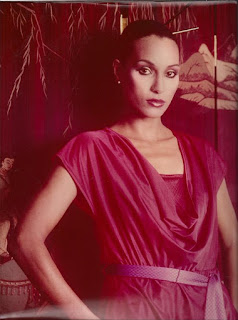 Max and I had gotten to know one another because I worked the gates, but she perceptively picked up on the fact I wasn't happy, and felt I was hiding something. One day I was talking about how her statuesque self should become a model, and she told me that she not only was, but had some major ad campaigns back in the 80's

So I told Max what was going on and what I was up to.    She went on vacation after I confided in her, and by the time Max got back I was now working the gates.   I was also dealing with 30,000 people a day gawking at me as they rushed to their flights or boarded the ones I worked.

As for the peeps gawking at me during my awkward transition stage, I dealt with it the only way I could, by putting my head down and throwing myself into doing my job to the best of my ability.   Major difference was I was way happier with the way my life was going.

Max was walking off one of her first post vacation trips when she walked off the plane that had parked at my gate and she spotted me.

"Congratulations," she said after spotting me.  "But we need to talk."

We had that conversation at the airport a few days later.  She was concerned that a mere seven weeks after our conversation in which I confided to her I was transitioning that I was jumping in too fast.

Max had four girlfriends who were trans from her modeling days, and I assured her that I was not only serious about what I was doing, I had been thinking about it for more than a decade.

I had her and a lot of cis feminine role models around that airport and elsewhere to look up to in those early days.  It was an interesting, emotional and challenging first month, but I survived it and the next seven years on the job.

Were there some potholes along the way?  Sure was.  But nothing in life is easy., especially a gender transition.

I ended up in Louisville for eight and a half years starting in late September 2001 before returning to Houston four days after my birthday in  May 2010. 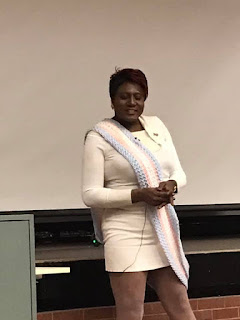 I still talk to Max and many of my coworkers from that time  She and my coworkers tell me how proud they are of me and the person I've become.

I discovered in these 25 years that your family expands, not contracts during a gender transition.   I've been blessed to meet a lot of amazing people along the journey here and during my time in Louisville.   Some are still my friends today.

And yeah, I have a lot of trans nieces and nephews these days in addition to my two biological nieces.

Y'all know the rest of the still evolving story.   25 years later I am this unapologetic Black trans person who strives to be better every day for myself and my community.  I have an amazing life, have gotten to blaze a few trails and make history along the way.

And yeah, I look fly doing it.

Happy 25th transiversary to me.

Your the best boss
https://dailynetupdate.blogspot.com