Feminism, according to a popular bumper sticker is the radical notion that women are people, too. Many feminists have forgotten over the years that the word 'people' also includes their Black, Latina, Asian and native American sisters as well as their transgender ones.
--TransGriot  Ain't Feeling Feminism   January 23, 2009

While we transwomen have had a contentious thirty-six years of drama with the feminist community, it pales in comparison with the ongoing parallel struggle that women of color have with them. They have fought the ongoing silencing of their voices in the feminist movement, got tired of being dissed, ignored and being accused of or being labeled as 'crazy' or 'racist' anytime they critiqued their treatment.
---TransGriot   January 23, 2009

Those words I wrote in 2009 are just as prescient now as they were four years ago.  I took the predominately white feminist world to task for their four decade long pattern of attacking trans women and their ignoring or silencing of Black, Latina voices in the feminist movement to the point where both groups have said adios and see ya to feminism.

And yeah, they've also done the same thing to native American, Asian and other women around the world as well, but that's another post.

The simmering pissivity blew up once again between white women and women of color fed up with a feminist movement that seems in the last few years to only care about a Feminist Prime Directive of power and privilege equality with white males and clocking dollars.

And they clock those dollars while gleefully appropriating the work of Black and Brown women of color.

It led to another contentious and needed discussion and the #SolidarityIsForWhiteWomen hashtag created by Mikki Kendall that went viral.

It also began to create another moment of conversation on the issue of women of color and feminism.

Hell, myself and other trans women have been calling out feminism for years over their transphobia and their cricket chirping silence over the four decades of hate speech the trans exterminationalist exclusionary radical feminists (TERF's) have aimed at trans women.  It's also a major reason why combined with my pissivity over the erasure of women of color from its ranks that I dislike feminism and identify as a womanist.

You gotta love a movement like womanism that is not only is rooted in your culture, as of this point in its development it has embraced me as a trans woman, hasn't disrespected my humanity and encourages mine and the input of other trans women to make it better and more inclusive when it comes to our issues as African descended trans women.

As I wrote in 2011 and it is still true today, since my March 31, 2009 'I am a womanist' declaration, I have yet to run into a womanist who disrespected my evolving feminine journey or has actively worked to deny me and my trans sisters and brothers human rights coverage like people who call themselves feminists repeatedly do.

I hope and pray I'm able to continue saying and writing that critical difference point about womanism and womanists for the rest of this decade and beyond. 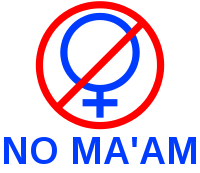 But back to the current drama.  Will anything substantive come out of this round of calling out feminism?   That is the $64,000 Question.  Or has the fissure between white and Black feminists that has over a century of contentious history predating the Schwyzer faux feminist mess become an impossible to bridge Grand Canyon?

Time will tell us what the end result will be, but I'm betting that four years from now I'll be writing another post if this blog is still in operation as to why I'm still not feeling feminism.
Posted by Monica Roberts at 12:00 AM

Nice article, but you'll probably want to change the word "transwomen" in the opener to "trans women".