Dirty Sexy Money Has A Twist 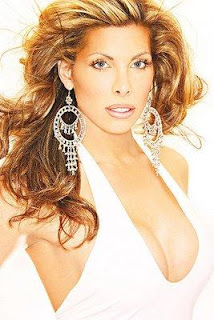 When Dirty Sexy Money debuts tonight at 10/9 Central time on ABC, in addition to Blair Underwood having a recurring role in this series as Simon Elder, it will have a recurring transgender character like Ugly Betty.

The difference will be that unlike Rebecca Romijn's Alexis Meade, the transgender character will be played by a transwoman.

This is not the first role for the Maui-born Manhattan based actress who transitioned in 1996. She was on an episode of CSI: New York and is currently filming a reality series for the LOGO Channel.

She gave some tidbits about her role in an interview with NY's Homo Xtra. here's a portion of that interview. (Thanks to Justin Van De Kamp's Televisionista blog for posting it.)


How did you get involved in the upcoming ABC drama series, Dirty Sexy Money?

Patricia Field was the costume designer for the pilot and actually recommended me for the role! I play Billy Baldwin's character's mistress, and every time you see her she's either in her bedroom or in a hotel room- wearing Louboutin. I thought I was maybe going to be in it for a couple episodes, but the writers must be getting a good response, because they've put me in four more episodes so far and keep writing new scenes for my character. It's a dream for me.

Were you intimidated by Billy?

Totally. But when I met him at the table read, he was like, "Candis! Give me a hug!" He was so relaxed and not awkward. He later asked a lot about my relationship with Marco, because his character is sort of in the same situation. A lot of people have weird notions that I'm gay or that people who date me are gay, but he got it and was really into it. Well, not into it, but... 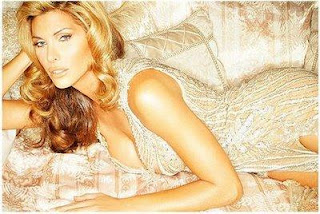 Is it true that your voice was digitally lowered for the pilot episode in post-production?

Yes, but if they want to lower my voice for shock value, fine. They asked me to lower my voice, but I couldn't bring myself to do something that was completely unnatural for me. It's really important for me as a trans actress to be in situations that I'm comfortable with, because there's a lot of weird stuff thrown at trans actresses that we'd never do. So you have to pick your battles, because there are trannies with lower voices, but no tranny would ever stand to pee, for example. As soon as that happened in Transamerica, the movie lost me. With my role in CSI: NY earlier this year, they had a lot of stuff like that written in-like going into a men's room-and I said, "I won't do that because I would never do it in real life." That part was originally written for a drag queen, but I auditioned and I snatched. I snatched!

Isn't Dirty Sexy Money the first time that a trans actress has played a recurring trans character on television?

I think so! The first recurring trans character was on Ugly Betty, but Rebecca Romijn's a woman—which is better than a man playing it! I'm just happy the media is really starting to embrace us, and I'm happy to be working again. After I started transitioning, I stopped working for nearly 10 years. I couldn't go out for the drag roles because I was too womanly, and I couldn't go out for the woman roles because there's a gay guy in every single goddamn casting who'd be like, "She's a man!" It's always the gays spooking you. But now I think it's the year of the tranny. It's finally my year! 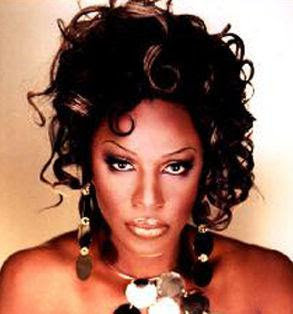 It's great that we FINALLY have a transgender actress playing a transwoman in a prime time role. Hopefully it will result in more realistic portrayals of transgender people and more roles for transgender actors of all ethnic backgrounds.

Now if my own people would get beyond treating Black transwomen as a running gag (see the Season 3 Wayans Brothers Return of the Temptones episode featuring Jazzmun for an example of what I'm talking about) I'll be a very happy camper.

Break a leg, Candis.
Posted by Monica Roberts at 1:36 PM

Wow! A recurring role for a Trans character played by a Transgender woman. That's big! I didn't know about that. I hope Candis' role keeps growing.

Jackie,
So do I. The one I really loved was Sheryl Lee Ralph playing a transwoman named Claire on the short lived Barbershop:The Series

I had the TV on as I was writing this posr and the Wayans Brothers was on. It runs in syndication here in Da Ville and I'll give you one guess as to what Wayans episode was on.

Excellent show!! This is my favorite show on television. It has its own special charm to it. I love the characters of this show. The acting is superb for nearly all of them. Wanna watch it then go ahead and Download Dirty Sexy Money Free from here!!!