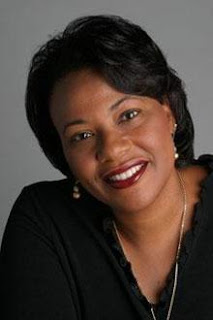 Faith Based Homophobes
Copyright 2006, THE LETTER

African-American author Ralph Ellison once wrote in his novel ‘Invisible Man’ that ‘I am invisible because they refuse to see me.’

It seems as though that’s the attitude that some peeps in the African-American community have taken towards GLBT people. Many of them either want to deny that we exist or implore us to keep it quiet so that we don’t ‘embarrass the race.’ Being GLBT is one of those ‘dirty little family secrets’ that Caucasian people aren’t supposed to know about us.

Well, that secret’s out along with another one: We can be just as homophobic as the rest of America. It was one of the reasons the GOP made that alarming 4% gain of the African-American vote during the 2004 presidential election. (12% versus 8% in 2000). The Republican Party for years has been desperately searching for a wedge issue to use that would resonate with African-Americans and they struck pay dirt with this one.

While the rap music world has been saddled with much of the blame for this state of affairs and rightly so, the Black church is equally responsible. An institution with a long history of battling bigotry and oppression is unfortunately taking cues from its White fundamentalist brethren. It’s picking up where rappers like Jamaica’s Beenie Man and friends left off. We have a group of GOP leaning homophobes who are groveling for faith based bucks from the Bush administration. They hang out with Lou Sheldon and James Dobson professing their support for the worst president in US history and polices that adversely affect their congregations. It also explains some of the odious anti-gay tirades that have come from their pulpits recently that would make Fred Phelps proud.

Rev. Gregory Daniels of Chicago stated in February 2004, “If the KKK opposes gay marriage then I'd ride with them."

Rev. Willie Wilson of Washington DC suggests during a July 3, 2005 sermon that “Black women are becoming lesbians because they are making more money than their black counterparts and that "lesbianism is about to take over our community." The sad part about Rev. Wilson’s comments is that he was once considered a friend of the Washington DC GLBT community.

That list of anti-gay preachers unfortunately includes Rev. Bernice King, the baby daughter of Dr. Martin Luther King. You needed to have more frequent chats with your late mother Coretta about where your father would’ve stood on this issue. I’m willing to bet that it wouldn’t have been at the side of Atlanta’s Bishop Eddie Long leading an anti-gay march that started at the foot of your father’s grave. .

Then there’s Bishop Noel Jones of LA. The brother of disco diva Grace Jones took a November 2004 trip to Jamaica to implore them not to bow to pressure from US based gay-rights groups to change their anti-gay laws. He’s been divorced for a decade and is a running buddy of unmarried ex-gay New York gospel singer and pastor Donnie McClurkin. McClurkin was quoted on the CBN website in 2004 as saying "I'm not in the mood to play with those who are trying to kill our children." I wonder if one of the songs Rev. Donnie has been singing when his friend Noel visits is ‘Pull Up To the Bumper’?

Frankly Donnie, I’m not in the mood to put up with homophobic bigotry from the pulpit of Black churches. What pisses me off is that they are climbing in bed not only with the Republican Party but White fundamentalists that were front and center (and still are) in actively opposing the Civil Rights Movement.

Time for y’all to check the alarm clock and wake up.
Posted by Monica Roberts at 10:59 AM