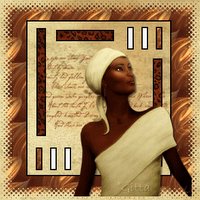 Back in 2001 an African-American transwoman friend of mine went to Washington DC to lobby. She decided to concentrate on Congressional Black Caucus members in her efforts to garner support for the Hate Crimes Prevention Act and ENDA. (The Employment Non Discrimination Act). When she arrived at her first CBC office she was given an enthusiastic welcome. The story was repeated at the next several CBC office visits. When she mentioned the warm greetings she’d received in another CBC member office later in the day she was told why.

With the recent release of the Oscar nominated movie Transamerica once again the publicity spotlight is focused on transgender people. A diverse array of media outlets ranging from documentaries such as ‘Transgeneration’ and ‘Southern Comfort’, television, radio and newspaper interviews to CNN”s Larry King Show have discussed the movie and the individual lives of transgender people. While l welcome the attention being paid to transgender people there’s one glaring problem with it: The people being discussed and profiled are overwhelmingly white.

This isn’t a new dilemma. Ever since Christine Jorgensen stepped off her flight from Denmark to the glare of the media spotlight in February 1953 a disproportionate share of media attention has been allocated toward white transgender people.

It’s not like there’s been a total blackout (pardon the pun) of news and information about us. It’s that we have the same problems getting coverage as our mainstream African-American brothers and sisters. You could read about Black transgender people in occasional Ebony or Jet articles through the years. In those cases their coverage of us was more enlightened than the mainstream media coverage. For example, a 1979 Jet article on Detroit’s Justina Williams used the proper pronouns to describe her two decades before the AP came out with its 2000 Style Handbook guideline for GLBT people.

Recent research done by the University of Michigan’s Dr. Lynn Conway indicates that one out of every 250 births in the United States is a transgendered person and the study’s results have been replicated in Britain and Thailand. Out of the 34,772,381 people that identify themselves as African-American about 1 million of them are transgender. So we definitely exist despite the comments of that white transactivist.

The invisibility has had a cost. I can remember growing up in the 70’s seeing people like Renee Richards and a long list of Caucasian transpeople and wondering ‘Where are the people that look like me?’ It wasn’t until 1999 that I met another out African-American transgender person who was working in corporate America like I was at the time.

That’s important because unfortunately many of the images you see in conjunction with African-American transgender people are either female illusionists or sex workers. If you are a reasonably intelligent African-American kid with a gender identity issue and you don’t see any positive role models to counteract the other images, that’s a problem. You end up with a situation in which this person thinks that they’re the ‘only one’ or believe that those are the only avenues open to them as a transperson. It’s a contributing factor to the distressingly high body count documented on Gwen Smith’s Remembering our Dead List, a website which tracks anti-transgender violence. About 70% of the more than 200 names on that list are African-American or Latina

Those who transitioned in the 60’s, 70’s and early 80’s were told by their therapists to blend in and never reveal their transgender status. So an opportunity was lost for transkids like myself to see positive role models or know my African-American transgender history. It also kept us from building a viable national transgender community the way white trans people have done.

So where are the African-American transgender people such as myself that are college educated, well-adjusted and doing things in their community? You’ll find us out and about in the world working, playing and just living our lives to the best of our ability. Many of us are managers working in various fields and even married and raising kids. We're sick and tired of the negative images we are disproportionately saddled with.

I decided to start a Yahoo list called Transsistahs-Transbrothas in January 2004 to talk about it. The meetings of like minds on that list led to discussions that culminated in the first annual Transsistahs-Transbrothas Conference that was held in Louisville, KY in September 2005. During this four day gathering African-American transmen and transwomen spent the time networking, strategizing and attending workshops and seminars on various issues of importance to African-American transpeople such as HIV/AIDS, spirituality, hate crimes, community building and the lack of media visibility. The second annual TSTBC conference will take place in Louisville October 18-22 and expand on many of those topics.

We need to have African-American media outlets and personalities take the lead in educating our people on gender issues. We must do it not only for ourselves but also for the African-American transkids coming behind us.

We cannot, must not and will not be invisible any longer.
Posted by Monica Roberts at 12:28 PM