Its parent company L Brands announced Wednesday that 53 locations across North America are being closed because of declining sales and store performance.  The fourth quarter 2018 sales were only $1,849,300 versus the fourth quarter 2017 sales of $2.038, 300 dollars.

The 2019 store closure numbers are triple their average.   According to Bloomberg, the average is about 15 store closures per year, and 20 were closed in 2018.

Vickie's was having problems before Razek exacerbated the problems by opening his mouth and letting something transphobic come out of it. 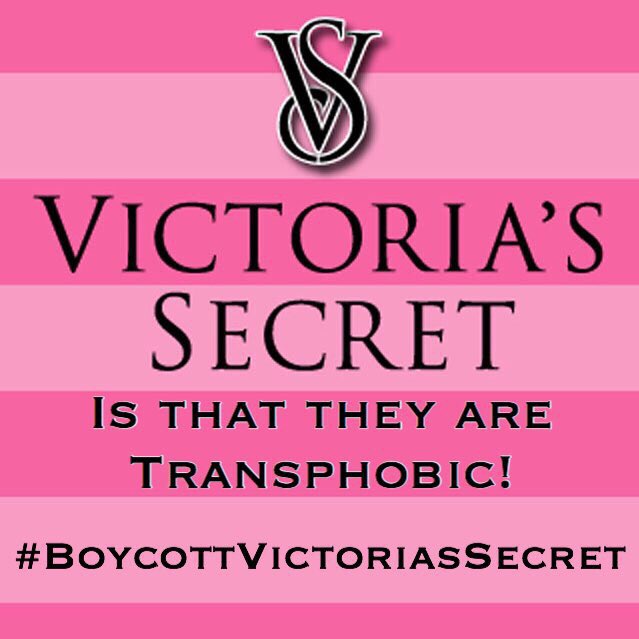 That triggered a call for a boycott of the lingerie retailer by the trans community that looks like it is being joined by our allies.

Only 3.27 million viewers tuned in last year, which are the worst numbers ever for the show ever since it started its broadcast run.    For comparison, in 2017 there were 4.98 million people who tuned in to watch the show.

However, it wasn't all bad business news for Vickie's Secret.   Their online sales went up 8% .

Wonder if Razek and company are considering adding a few trans and full figured models to the 2019 televised show in the wake of these numbers?    I know a few trans models who would love to rip your runway, but you'll need to call them before they get booked for fall New York Fashion Week

It's once again another concrete example of bigotry being bad for business.
Posted by Monica Roberts at 5:00 PM