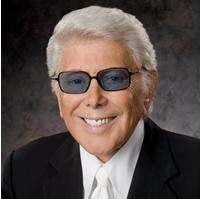 Like many Houstonians all over the planet and people who lived there once upon a time, I was saddened to hear about the death Sunday of one of our iconic personalities in Marvin Zindler.

I had the pleasure of watching him on KTRK-TV from the time he first joined the station in 1973. Marvin was there only a few months when he took on the legendary bordello in LaGrange, TX called 'The Chicken Ranch' and got it shut down. 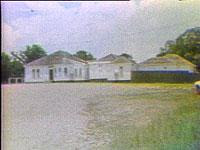 While Marvin's style was flashy, with his natty suits, trademark blue glasses, silver toupee and multiple plastic surgeries, he got results. He created the consumer fraud division in the Harris County Sheriff's Department prior to joining KTRK-TV at the urging of long-time anchor Dave Ward. He pioneered consumer advocacy reporting. Restaurants in Houston brag about getting Marvin's Clean Kitchen Award. They know that if they make Marvin's Friday Rat and Roach Report their business will suffer.

While Marvin was the son of a wealthy local clothing store owner, he'd experienced prejudice first hand while accompanying his Adrican-American nurse who raised him around town. He was forced to sit in the same 'colored' areas as she was and that experience led him to fight discrimination wherever he found it. He constanly reminded us 'it's hell to be poor' and was a lifetime member of the NAACP.

For 33 years Marvin not only fought 'slime in the ice machine,' he fought real life slime in terms of shady businessmen, uncaring bureaucrats, getting crime ridden areas and neighborhood eyesores cleaned up and fighting for people wronged by the judicial system. Just uttering the words in Houston "I'll call Marvin" was enough sometimes to make these folks quake in their boots. 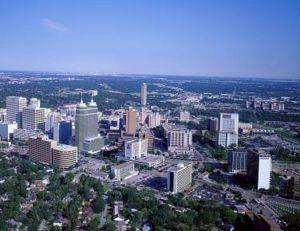 Marvin had a heart as big as Texas, and loved his job. Even to his death, he was helping people. From his hospital bed he interviewed his doctor about the pancreatic cancer that took his life at age 85.

A one of a kind person has been called home. It's going to be sad the next time I go home, tune it to Channel 13 and not see him or hear his trademark sign off, Marrrrrrrrvin Zindler, Eyeeeeeeeewitness News.


You are definitely going to be missed.

Posted by Monica Roberts at 9:39 AM

It's hard to lose this important people, in my case the shock comes by the death of the legendary film maker Ingmar Bergman. In the opinion of Astrid Soderbergh president of The Ingmar Bergman Foundation "It's an unbelievable loss for Sweden, but even more so internationally." For me he was the last big director left.