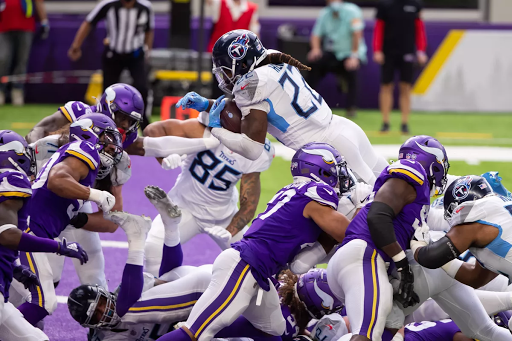 This young NFL season has actually made it to the fourth week   It's now October, and we're now a quarter of the way through the 2020 season.   It was also interesting that we got to this point before a team started having positive COVID tests, and that team turned out to be the Tennessee Traitors, er Titans.

Eleven people, including five players have tested positive for COVID, with more peeps testing positive today.  Tennessee is in a Republican controlled state that has been less than diligent in handing their COVID business, so not surprised to see the first NFL team affected is the Titans.

They were scheduled to play the Pittsburgh Steelers in Nashville, and that game has now been rescheduled to Week 7.  The NFL also moved the Steelers game against the Ravens to Week 8

Well, let's  get to picking the rest of the remaining Week 4 games.  My picks in bold print with the home team in all CAPS.   Mike's Week 4 picks will be here.

Monday Nigh Game
PACKERS over Falcons