The Night I Almost Became A Hate Crime Victim 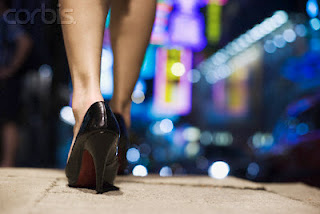 In 1996 I almost became a hate crime victim.

I was visiting a friend's apartment after coming back from my session with my Galveston based gender therapist and endo. We were having such a great time running our mouths that I didn't leave her place until a little after ten pm.

I was a half mile from my complex and had been picking up some weight from the HRT, so I decided to get some exercise and walk down Bissonnet. It's a heavily traveled four-lane divided major street in SW Houston. The traffic in that section of it between Fondren Road and the South Braeswood split after ten p.m. is pretty light until you get past the Southwest Freeway and it picks up again.

I was still clad in the nice dress, hose and heels I wore to my appointment and was headed westbound on my merry way home when a car passed me with four young brothers in it. They slowed down to check me out, then did a U-turn and headed eastbound.

At that moment my intuition kicked in at red alert level. I was alone and still a long way from home. Bissonnet has a METRO bus route that runs until 2 AM but that bus wasn't due at my location for at least 30 minutes.

While I was considering my options I noted that the car had executed another U-turn and was headed back in my direction. I had to move fast and decided to immediately cross the street and duck into a condo complex. 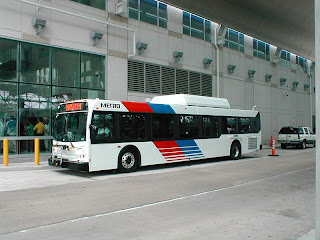 I watched in horror as the homeboys parked in a lot precisely where I would have to walk to get home. I could see them but thankfully they couldn't see me and I decided to wait them out.

After a nerve racking 20 minutes I watched them start the car, pull off and head eastbound on Bissonnet. When they were out of my sightline and I was certain they weren't coming back, I emerged from my hiding place just in time to see the westbound 65 Bissonnet bus letting people off at the stop just two blocks up the street from me. I quickly walked to the next stop and caught it the rest of the way home.

I have no doubts that if I hadn't crossed the street I would have possibly become a victim of a sexual assault. That assault would have turned even uglier once they found the little surprise hiding in my panties. There is no way with my reduced strength level I would have been able to fight four pissed off guys.

That night permanently drove home the message that safety was now a major priority in my life. The Lynn Vines incident in Baltimore, Amanda Milan's murder and the Tyra Hunter tragedy underscored the fact that some of the violence and ignorance that has been visited upon African-American transpeeps has unfortunately been from our own people.

If I hadn't listened to my instincts, I might not be here typing my story right now.
Posted by Monica Roberts at 12:27 PM

but to add my two cents:
I don't think hate crime laws are a good idea.

why? because it has the effect of elevating certain groups above others.

my position is that if the assaults are the same in terms of the violence of the attack, then both should carry the same sentence, i.e. they should both be four years or both be six years or whatever.

Tegeus, I know this is old and I am only reading it because it was recently linked to, but if it is specifically a crime to assault a gay man because he is gay, it is no longer possible to use his sexual orientation as a defence or justification. If people cannot claim 'gay panic' (or whatever other prejudice, I am just using this one because you did) as a defence in court, hopefully fewer people will be let off or receive excessively light sentences for their crimes and hopefully fewer people will commit them in the first place because they will know they cannot get away with saying "It was only a fag".

I felt like a interloper journeying back in time. I could feel my heartbeat rise as you committed to going across the street. I am so thankful you were vigilant that Houston day. Keep safe.