BTMI 2013-Surprise, I Have Another Award!

The BTMI brothers had a few surprises for me while I was up there in Dallas this weekend.

While I was busy telling the world I felt honored to be in their presence, they were busy spoiling me rotten while at the same time enveloping me and the other trans sisters in attendance in love.

I had more than a few brothers who pulled me aside during events, after panel discussions or while I was kicking it with them in the lobby or outside as they smoked how much they appreciated TransGriot, the work I'd done to uplift and serve as an inspiration to the Black trans community and how long they been fans of my blog. 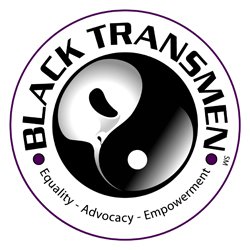 Even Dr. Kortney Ryan Ziegler, who I admire for not only having a doctorate and producing the movie Still Black, A Portrait of Black Transmen (that was doing brisk sales in the lobby and you can purchase by the way), confided that he was a fan of my blog and was as excited to meet me as I was him.

.I was planning to check out CD Kirven's seminar 'The Power Of Us-Bridging The Gaps Between The L and T' but Jevon Martin and the guys had other ideas.   Jevon sent your fave blogger to a nearby nail salon on Greenville Ave and treated me to a mani and pedi.

I got back in time to catch the tail end of Rev. Lawrence T. Richardson's Trans 102 seminar before we moved on to the other event I was scheduled to participate in besides the keynote speech. 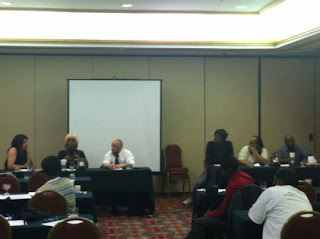 It was an hour and a half of tell it like it T-I-S is commentary that we could have used two hours for, but when it was over a little after 5:30 PM we all had to get ready for the formal dinner and the BTMI Awards.

So as I sat there two hours later with my tablemates getting my grub on and making conversation until that moment in the program happened in the Skyline Ballroom the hotel's 21st floor, I was just happy to be one of the nominees.


But I was stunned to discover when Treach read the name of the winner of the BTMI Advocacy Award it was my name being read aloud along with it popping up on the video screen set up in the ballroom.  It was also accompanied as I got up to a standing ovation by Treach, Javon and a few of the brothers saying, 'Surprise!'

Y'all know that usually I'm not at a loss for words, but this time I was not only stunned into temporary silence but beginning to cry as the realization hit me I was not only getting an award given to me by my own trans people, but it was happening in my home state.

And even better, from now on the award I was given by BTMI would be known as the Monica Roberts Advocacy Award.

So thanks BTMI for the Advocacy Award that I took back to Houston.  It means so much to me because it's from you transbrothers and it looks great on my shelf..