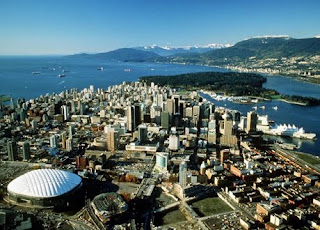 Vancouver, BC has had a long, disgusting history of transphobia running rampant in women's organizations as the Kimberly Nixon case dramatically demonstrated.

That toxic legacy continued with the opening by the Vancouver Women's Health Collective of Lu's: A Pharmacy For Women. It has had in place since it opened July 7 a transphobic womyn-born-womyn only service policy.

Maybe it's the fact the Winter Olympics are coming to town, or the resignation of their former executive director Caryn Duncan, but according to the Facebook group protesting this policy and the gudbuytjane blog, it has been quietly rescinded.

I went into Lu's today with a few friends, one of which is a transwoman who moved her prescriptions to Lu's. They were aware of her trans status as her old name is on her health care card. It was a complete non-issue, the pharmacist was very friendly, as was the volunteer who gave us a tour. They were very sincere, and I must say that I rather like them. The pharmacist even gave my friend a hug on the way out!

They have not made a press release or similar announcement as their Executive Director resigned recently, and I get the sense that they are expending quite a lot of energy filling her duties. They did promise to change their Political Agreements on their website, and it seems that they have to make changes to quite a lot of their documentation.

The Vancouver Women's Health Collective's then executive director Caryn Duncan cited 'lack of expertise on transgender issues' as justification for the board establishing a 'womyn-born-womyn' only policy in a July 8 Straight.com interview.

That incensed local transgender activists, and gasoline was poured on the fire when local activist Jamie Lee Hamilton was refused service on July 14 at the transphobic pharmacy.

Until there's a press release, I won't be convinced that the transphobic leopard has changed its spots. But if Lu's Pharmacy is really serving all women, that's a good thing to hear.
Posted by Monica Roberts at 8:38 AM